This Black Series Stormtrooper Has Better Aim Than Most 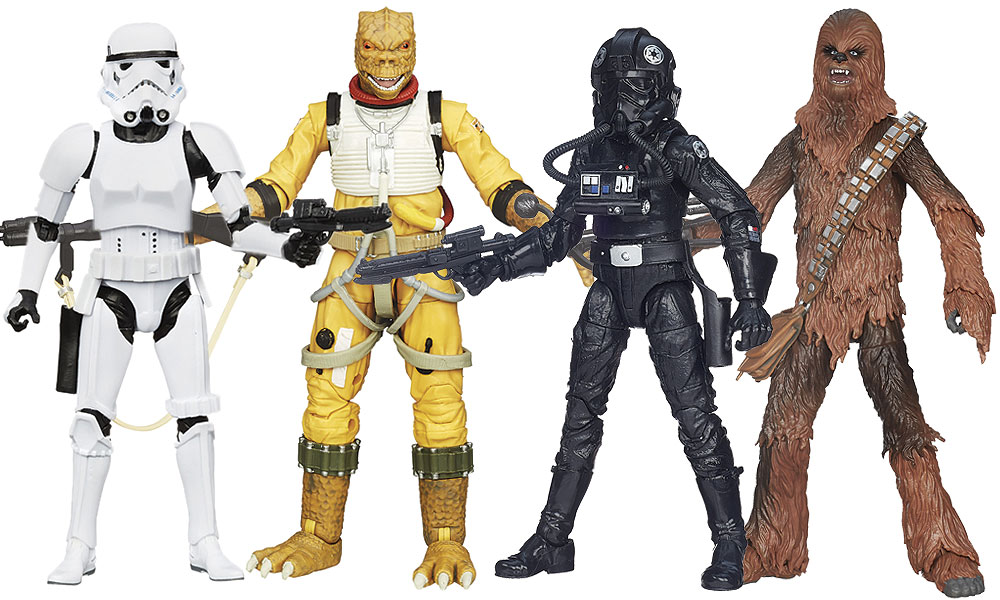 Relive the saga that defined generations with these epic action figures! Disguise your favorite smuggler in a Stormtrooper helmet and aim the rifle at the Empire. No Han is complete without his best bud Chewie. While you’re spending time with these scruffy-looking nerfherders, watch out for bounty hunter Bossk – and don’t get on his bad side!

These out-of-this-world 6 inch scale figures were developed in conjunction with Lucasfilm, Hasbro, and Gentle Giant to bring you the highest level of detail and authenticity at a price that can’t be beat. Each figure includes accessories, holsters, and other thrilling features.

Star Wars The Black Series 6-Inch Action Figures Wave 7 is currently available at Entertainment Earth as both a case and individual figures, and is slated to arrive in April 2015.