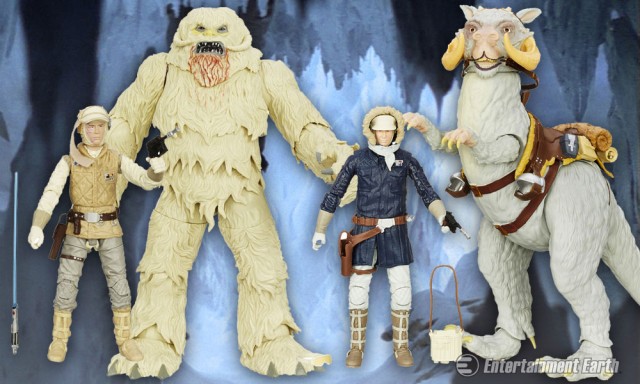 From a galaxy far, far away… it’s brand-new figures from Hasbro! Star Wars Black Series 6-Inch Deluxe Action Figures Wave 3 have arrived and we could not be more excited.

These out-of-this-world 6-inch scale figures were developed in conjunction with Lucasfilm, Hasbro, and Gentle Giant to bring you the highest level of detail and authenticity of your favorite characters!

Relive Star Wars Episode V: The Empire Strikes Back as our heroes brave the cold, harsh planet of Hoth.

Han Solo is able to ride the Tauntaun figure and we’re fairly sure it doesn’t smell bad inside (although we won’t be checking). Luke meanwhile has to deal with the Wampa and use the Force to survive.

Wave 3 is currently available for pre-order at Entertainment Earth with free shipping and an expected arrival of July 2015. 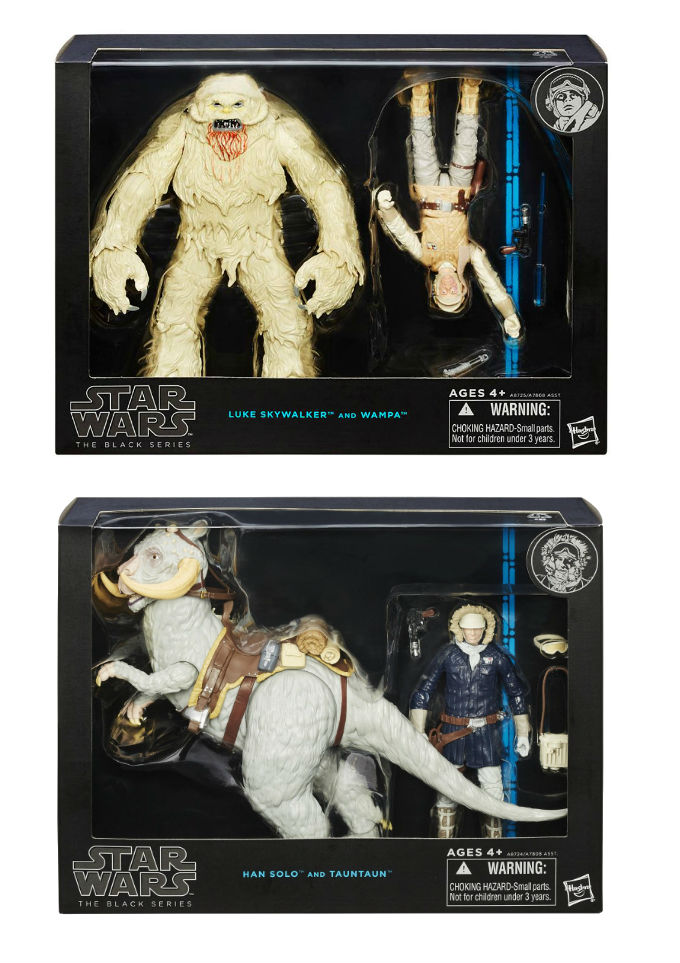