The Droids You Are Looking for Are Now in Stock! 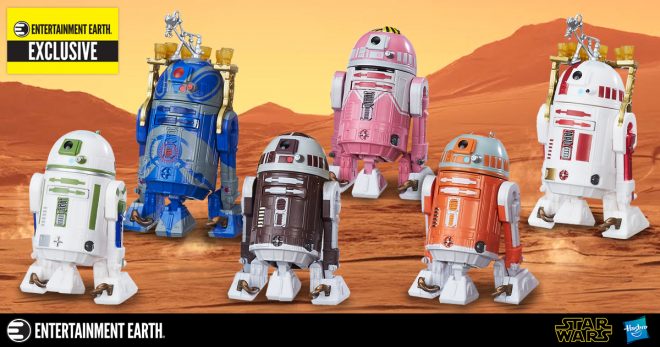 Based on one of our most beloved exclusive action figure sets come these 3 3/4-inch droid action figures, which are packaged in a nifty display box shaped like an Astromech droid! These droid figures will complete your collection! Collect all six and relive the nostalgia of the original Star Wars movie with figures that date back as early as the 1977 A New Hope to the current-day The Clone Wars animated series.

Just like the collector-favorite figures of The Vintage Collection, each droid comes equipped with multiple points of articulation and includes rolling wheels on their feet, plus jointed domes, ankles, and shoulders. There may be even a few more surprises…

Droids like Jabba’s Bartender were never given a name in the movies, yet Earth-based beverages might come to mind when you recall the ‘bot – that’s because he sports a drink dispenser, 7 glasses, and tray harness, ready to serve suds!

R7-F5 can be recognized from The Clone Wars, where he briefly appeared in the episode “Shadow of Malevolence” while serving the Shadow Squadron.

KT-QT is Aayla Secura’s pink droid from The Clone Wars, and she comes equipped with a special magnet (*magnet not included) which she wore when she was sent into enemy territory to recover a secret encryption module for the Republic.

The dark maroon (with gray and white highlights) R7-D4 from The Clone Wars makes a movie action figure line debut!

RC-C2 who serves Ziro the Hutt from The Clone Wars is decorated with Black Sun tattoos in gray, blue, and red. The toy may only be found here.

Last but not least is R2-A5, who you first met in 1977! This white and green robot rolled around Mos Eisley near Luke’s Landspeeder when the famous line, “These are not the droids you’re looking for,” was historically uttered. What more, this figure represents a droid design which was removed from the movie during the Special Edition edits of 1997! Own a piece of Star Wars history today! 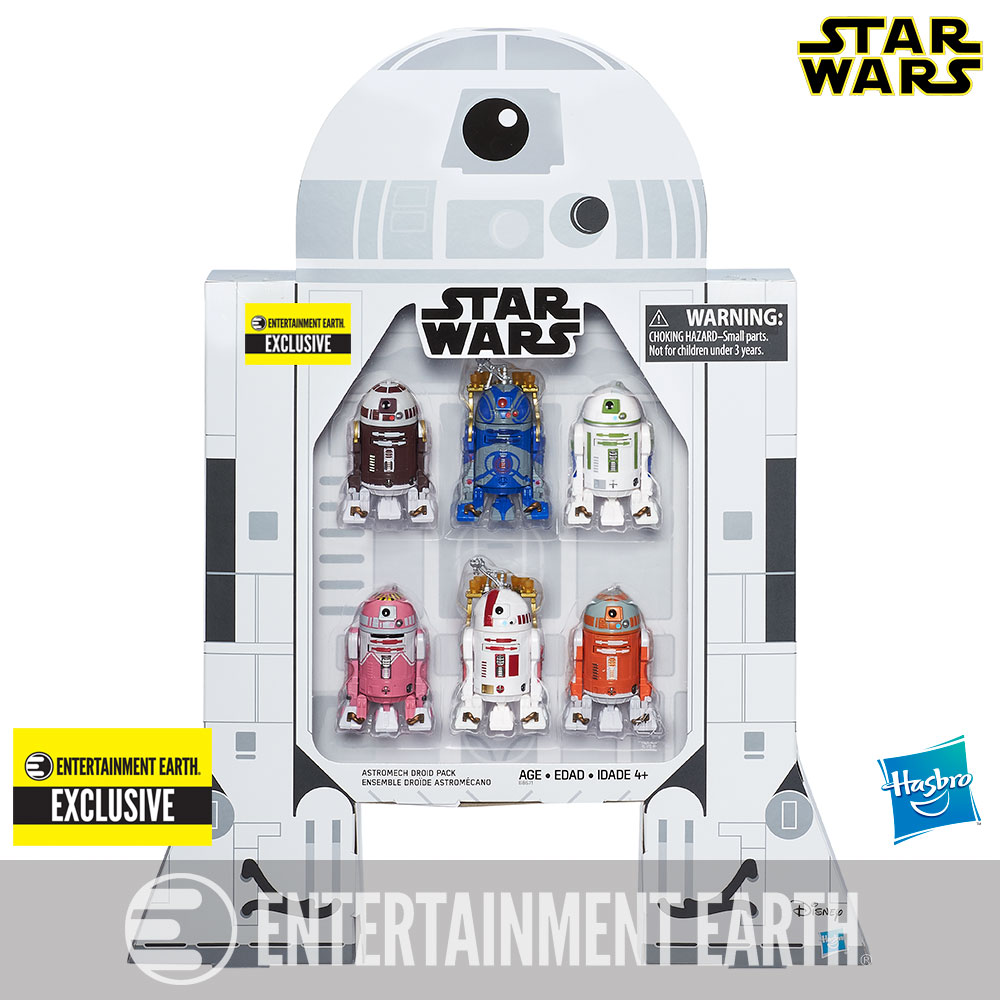 Action Figures Collectibles Exclusives
Related ItemsAction FigureClone WarsDroidEntertainment Earth ExclusiveExclusiveHasbroStar Wars
← Previous Story You Can Bank On This Droid To Save You!
Next Story → Find Serenity for Your Feet by Wearing These Exclusive Firefly Slippers