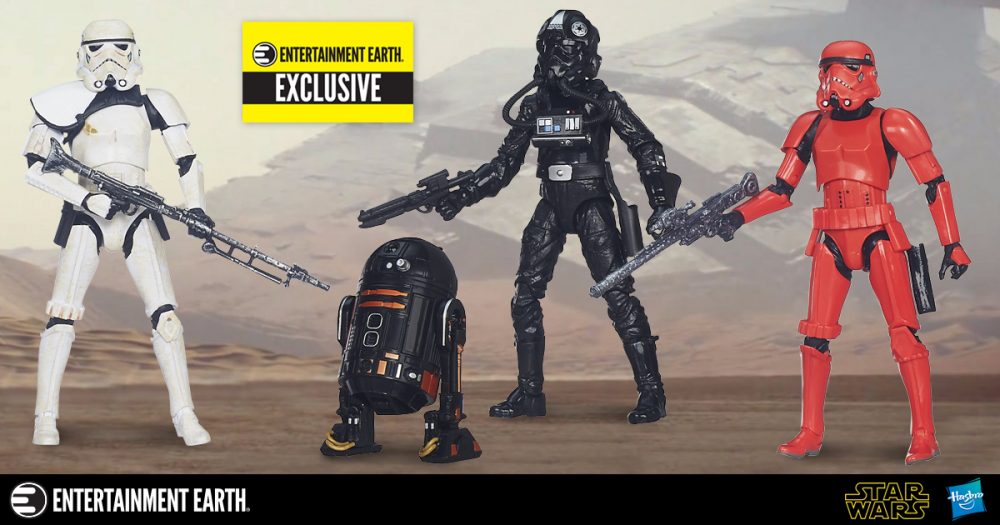 Our Star Wars The Black Series Imperial Forces 6-Inch Action Figures – Entertainment Earth Exclusive from Hasbro is newly in stock and waiting for you!

These awesome, detailed figures bring everything you love about Hasbro’s Black Series and the Empire into one set, conveniently available at Entertainment Earth just for you.

Lieutenant Oxixo, the fierce TIE Fighter pilot, and the Sandtrooper Sergeant make their Black Series debut in this set, with unique features such as Oxixo’s painted helmet and silver crest.

R2-Q5, complete with spinning wheels, a rotating dome, and retractable third leg, is also a Black Series debut! He measures 3 1/4-inches tall and has all sorts of secrets under his bronze panels.

Last but not least is the Crimson Stormtrooper, a world action figure debut! That’s right, this is the first time this dark and loyal Trooper is available in any size as an action figure.

And you can only get him, along with these other awesome pieces, at Entertainment Earth. Plus it’s in stock right now with free shipping!