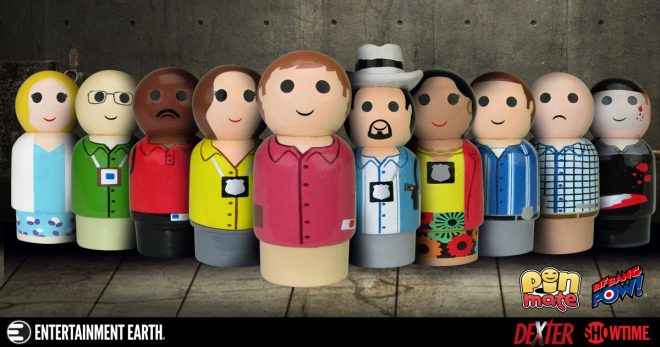 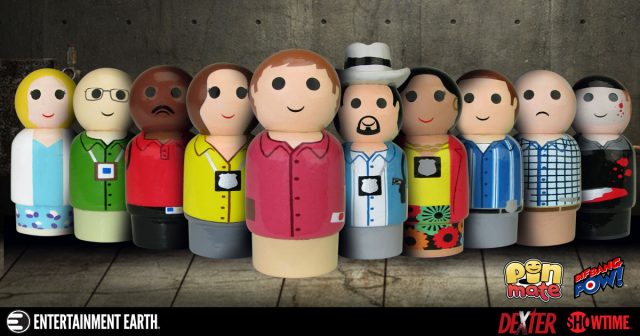 Commemorating the award-winning show’s first episode in October 2006 on Showtime, this Dexter anniversary Pin Mate™ set celebrates everyone
s favorite serial killer along with some of the show’s most beloved characters, which are individually numbered 2-11 (on the figure’s bottom and the packaging).

Order today, and receive it in time for the holidays! And don’t forget – the very first figure in this series, a blood-spattered Dexter, is still available!

Check out the complete line of Pin Mate™ figures from Bif Bang Pow! only at Entertainment Earth.