The Ultimate Gifts for the Holiday Season

The temperature is dropping, snow is falling, and the holiday season is finally upon us! It’s now appropriate to see all the decorations, hear all the songs, and see all the sales online. Now is the time to buy the gifts for the collector who thinks they have everything and here are five amazing deals on things people want! 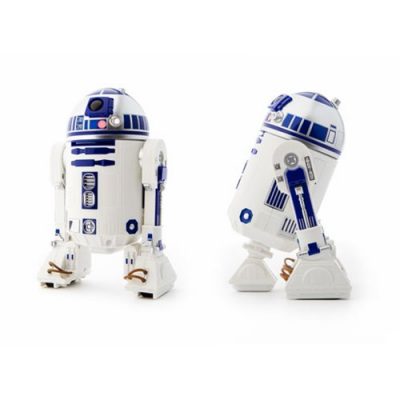 The Sphero line of app-controlled devices has been one of the most popular tech collectibles in years. Now you can get an R2-D2 of your own at the lowest price ever! This iconic character from Star Wars will actually watch the movie with you and react to the scenes as they play out! R2 stands at 7 inches tall and makes all the authentic sounds from the movies. Take control of little R2 with your smartphone or tablet. He even projects holographic simulations for hours of fun!

War Machine is ready for action! The Marvel Koutetsu Samurai War Machine Meisho Manga Realization Action Figure P-Bandai Tamashii Exclusive was designed by Takeyuki Takeya and sculpted by Junichi Taniguchi and Takashi Yamaguchi! Their masterful skills have re-envisioned War Machine as it might have appeared in the era of samurai. The figure includes 2x pairs of optional hands, sword, backpack, and a stand. Measures about 6 9/10-inches tall.

Bring the chaos and joy of the DCEU “classic” Suicide Squad to the stockings you’ve hung with care with this Pin Mate figure set! The whole crew is all there and they fit snuggly into any stocking. This set includes Diablo, Slipknot, Boomerang, Katana, Enchantress, Rick Flagg, The Joker, Harley Quinn, Deadshot, and Killer Croc. This is a limited edition, individually numbered set so you’re guaranteed to only one of a few that own these delightful collectibles.

Turn your world Upside Down! Stranger Things Series 3 features detailed and articulated action figures of iconic characters Eleven, Will, and Mike sculpted from assets taken directly from the Netflix series Stranger Things. Each character comes in show-accurate attire and accessories are included with each figure. Each 6-inch tall figure has over 12 points of articulation for dynamic posing and comes packaged in retro-themed packaging.

These are just a few ideas but they are sure to make any collector in your list of family and friends extremely happy to open this holiday season! Get yours today as part of the Cyber Week Sale before its too late!