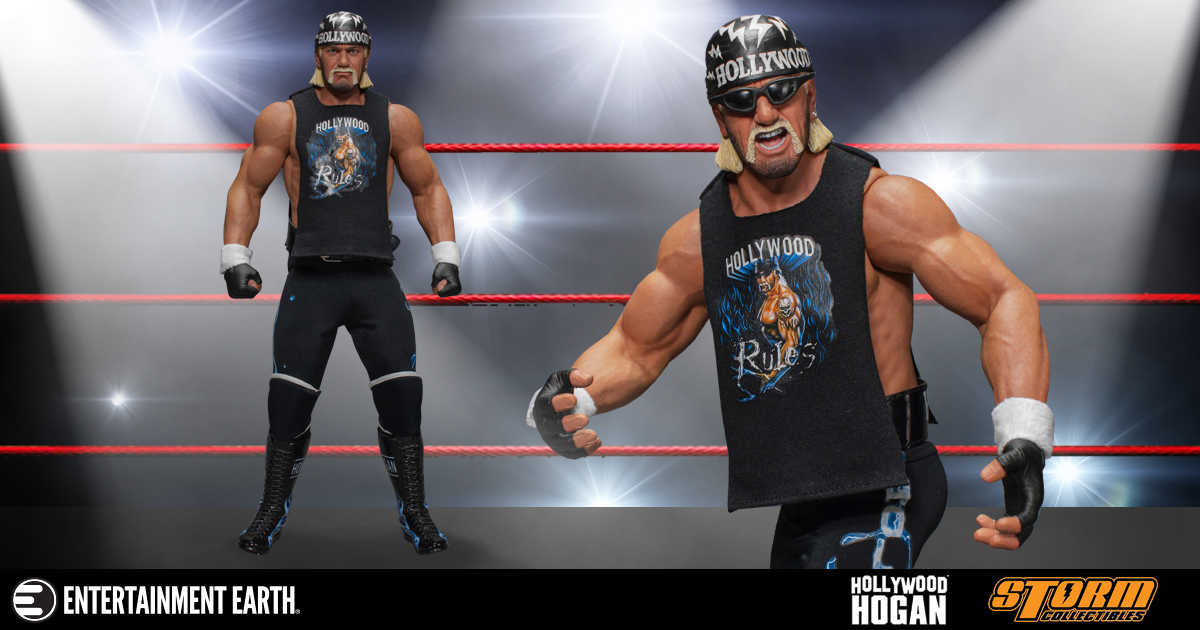 It’s safe to say that in the 80’s world of professional wrestling there was no bigger star than Hulk Hogan. The kids of the world loved him and when he’d tell them to eat their vitamins and say their prayers, they did. He was always there to take down the bad guys of the squared circle and “Hulkamania” dominated the wrestling world for a decade.

Then in the 90’s, when wrestling was about to reach its apex of popularity, the Hulkster did the unthinkable. He turned on the fans and became a member of WCW’s NWO. The heel (bad guy) Hollywood Hogan was born and the collective Hulkamaniacs’ jaws hit the floor. And now you can own one of the finest of collectibles which displays him in all his black and white glory!

This 1:6 scale figure comes with all the Hollywood accessories you would need. Hogan stands 13-inches tall and includes two different head sculpts, 7 pieces of interchangeable palms, a Hollywood Rules shirt, a pair of Hollywood Pants, a pair of knee-pads, a pair of patterned wrestling boots, the Hollywood bandana in fabric and plastic, a pair of white wristbands, the signature black sunglasses, and of course a black and white moustache boa. Oh and there’s only 500 of these figures so you NEED to get yours now before they sell out, and they will sell out!

Even as a heel, Hollywood Hulk Hogan was and still is an icon in the wrestling world. Fans everywhere will want to have this on their shelves. Pre-order yours now, brother!