Most Horrific Villain of The Hobbit Makes a Bloody Statement 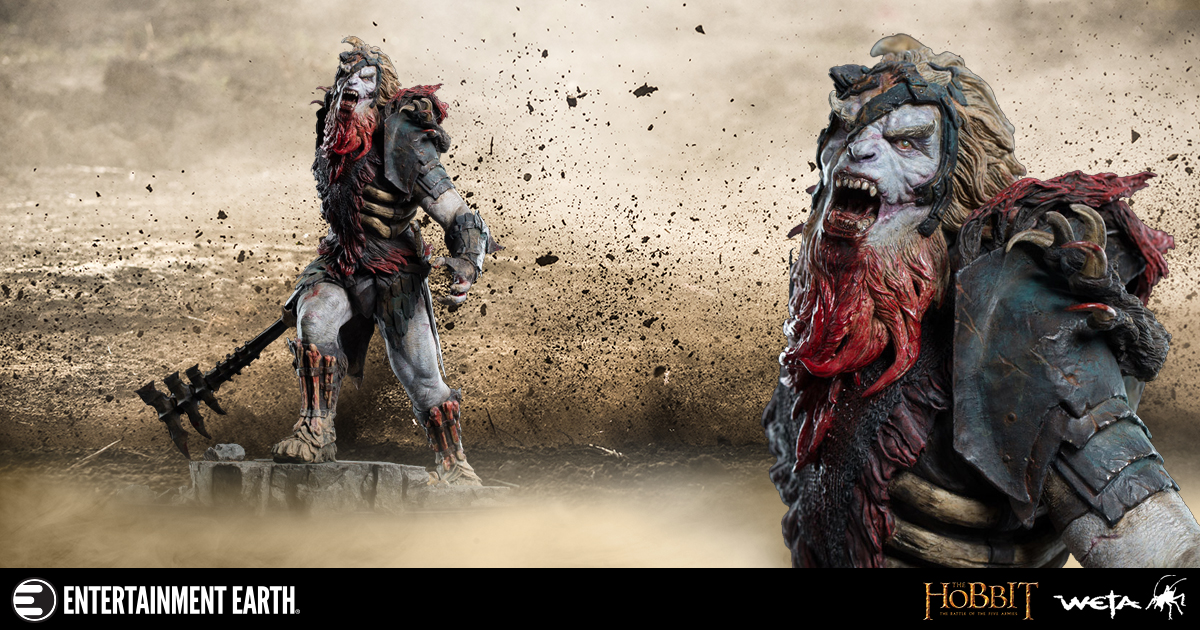 Easily one of the most horrendous villains in The Hobbit series, the Torturer of Dol Guldur is even more terrifying than the ultimate baddie Sauron.

One of the conquerors of the dwarven stronghold of Moria, the Torturer suffered a massive blow to the head, yet lived! Afterwards, he became even more monstrous, his cracked skull bound together by strips of metal screwed into his flesh. The jailer of Dol Guldur, he inflicts grievous pain against his captives before killing them.

WETA has brought this horror to life in the Torturer of Dol Guldur 1:6 Scale Statue. Posed in mid-battle, mouth wide for a furious bellow, the Torturer was sculpted by artist Sam Gao.

The details in this piece are both amazing and awful: his matted beard is stained red with blood, his teeth chiseled and cracked, and he wears armor that speaks volumes about his bestiality. His breastplate is, in fact, the rib cage of one of his victims, and his legs are wrapped with the bloody bones of others. He wields a fearsome mace but is more than capable of wreaking carnage with his bare hands.

This limited-edition statue (limited to 500 pieces) measures about 14-inches tall x 14-inches long and will make a bloody, bold statement to any Tolkien collection. Order now and we’ll make sure the Torturer pays you a house call next February. 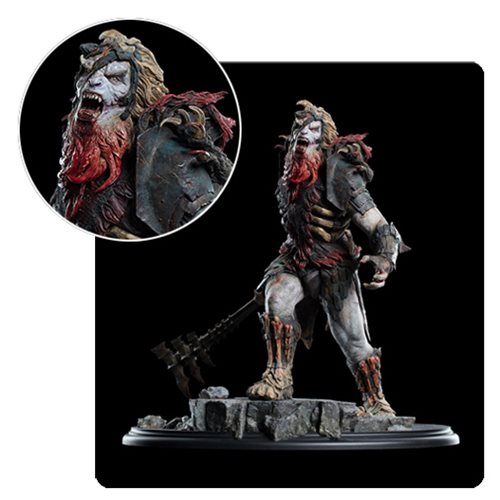 Collectibles Statues
Related ItemsStatueThe HobbitTorturer of Dol GuldurWeta
← Previous Story Brace Yourself for NECA’s Biggest Action Figure Ever!
Next Story → The First Order or Resistance – What Side Are You On?