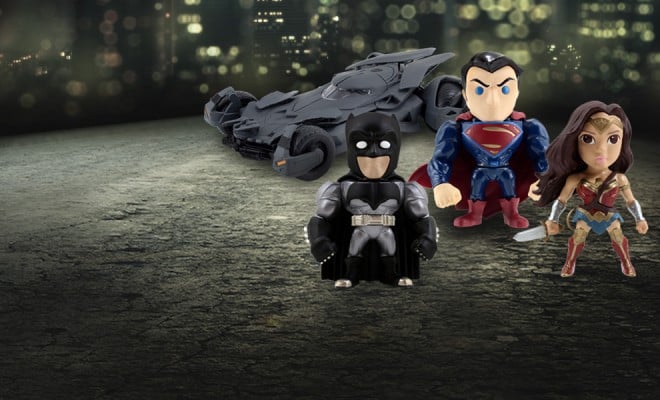 Looking for a collectible that’s big on quality, yet small in size? These Batman v Superman: Dawn of Justice die-cast action figures from Jada Toys are just the thing.

Round up Superman, Batman, Wonder Woman, and the Batmobile for a spectacular display of strength and bravery.

The Batman 4-Inch Die-Cast Action Figure features the Dark Knight donning his signature cowl, cape, and utility belt. His black and silver color palette assures he’ll be undetected in the streets of Gotham, but a stand out in your collection.

Just in case the Caped Crusader needs to hitch a ride, the Batmobile Metal Die-Cast Vehicle is the perfect companion piece. This metal die-cast vehicle is built to last and quite the showpiece as well.

Also included in the Batman v Superman line is the Superman 4-Inch Die-Cast Action Figure. The Man of Steel becomes the man of metal in this heavy duty action figure.

And lastly, the Wonder Woman 4-Inch Die-Cast Action Figure is chiseled and painted to perfection. Wielding her magical Amazonian sword, it’s probably a good idea not to stand her right next to Superman as her sword just might render him powerless.

Each action figure is articulated at the waist and feels a lot heavier than it looks. Perfect for displaying on your desk or shelf, these durable figures are destined to look great for years to come.

And just when you thought it couldn’t get any better, there are also alternate versions of each action figure as well. Including a 6-inch Armored Batman with light up eyes! You can see them all here.

Coming in February of 2016, place your pre-order today at Entertainment Earth, where all in-stock orders of $79 or more receive free shipping. 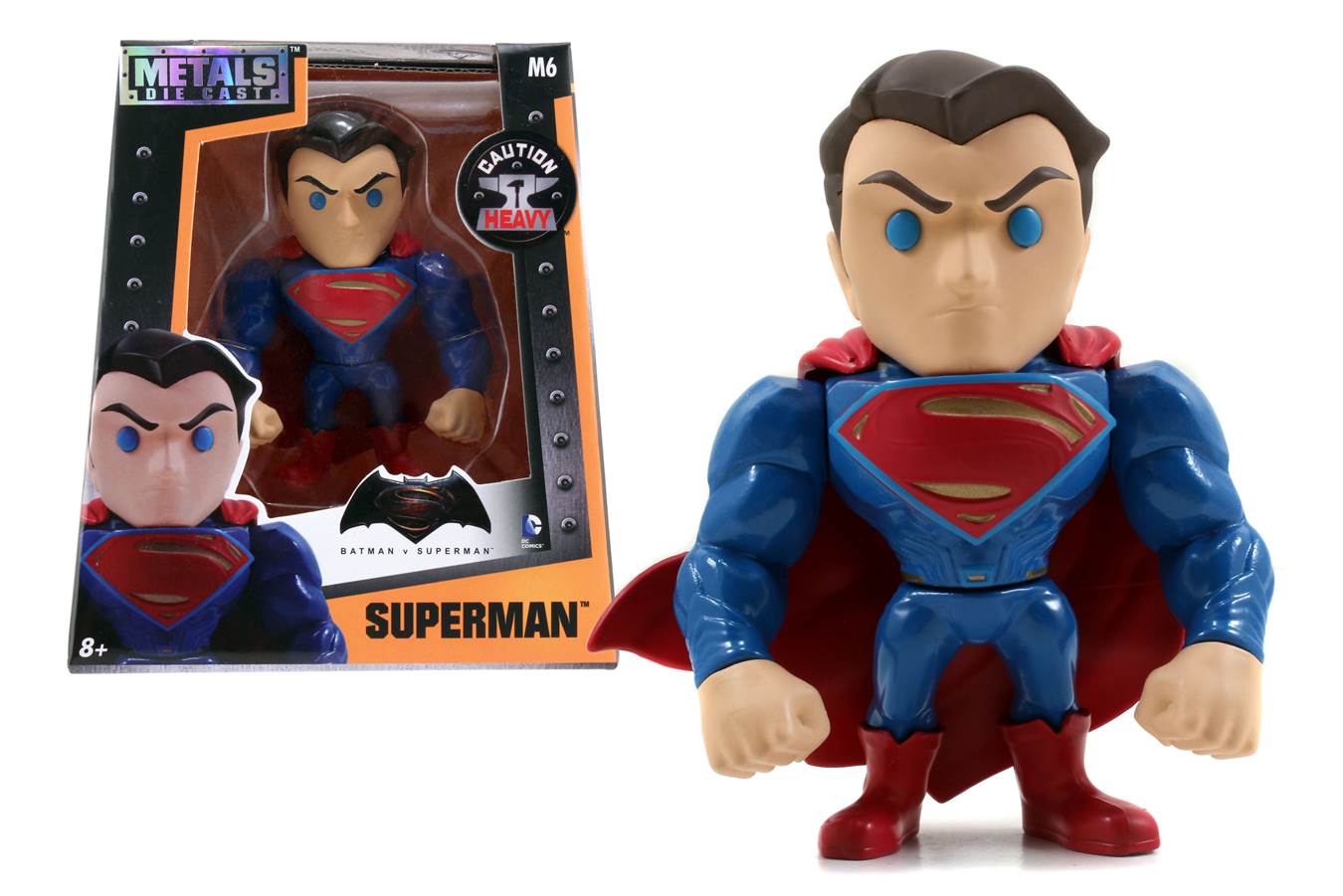