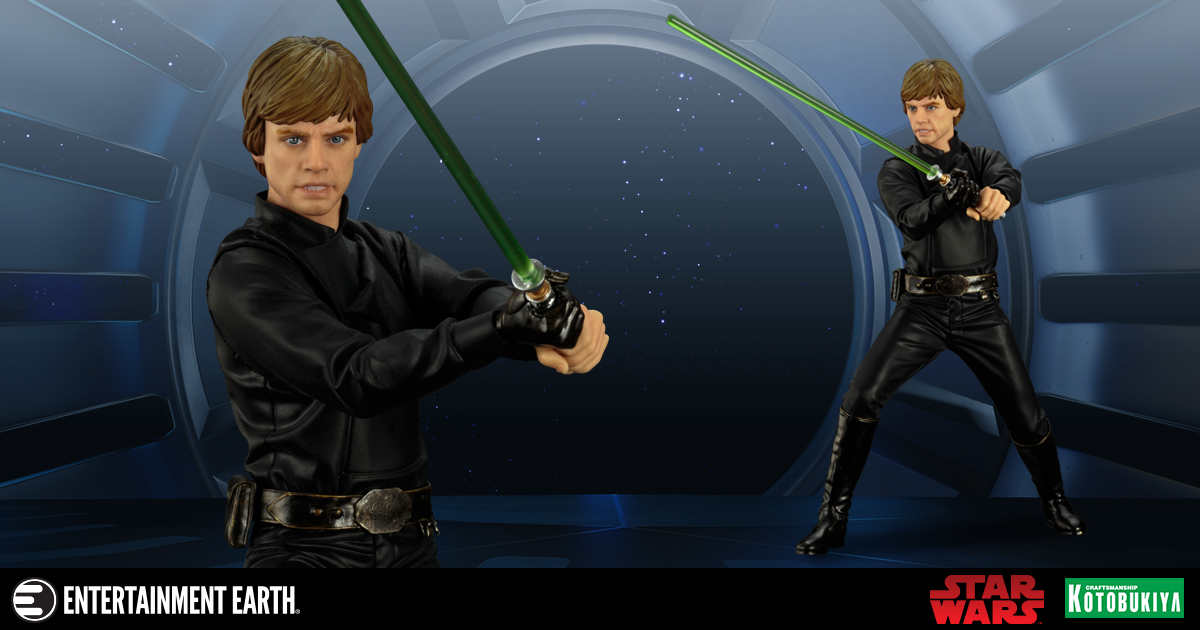 Luke Skywalker is at his most compelling once he is finally a Jedi in Star Wars: Return of the Jedi, and that’s what makes this statue so completely arresting. In this intricately detailed Star Wars Return of the Jedi Luke Skywalker ArtFX+ Statue, the little farm boy has not only grown up but has grown wise in the way of the force. From showing his stuff to Jabba on his home planet to his final battle against his father and The Emperor, Luke owns every second of Return of the Jedi. Now, you can own him in the most handsome way imaginable.

Dressed in black from head to toe, no one would want to mess with this Jedi. This statue of Luke is perfect for display alone, or it can be paired with the Darth Vader ArtFX+ statue (sold separately) to reenact the epic battle and the emotional climax of the whole Star Wars saga. Standing just over 6-inches tall, this 1:10 scale statue includes a metal base, two interchangeable sets of arms, and magnets on the feet to offer improved stability on the base.

The look of determination on his face is woven with conflict. The orphan from Tatooine has finally met his father, but the likelihood of getting along is as remote as a galaxy far, far away. This complex scene offered an emotional depth that few action movies dare, and it is all captured in loving detail through the work of the artist and brought to life through this deluxe statue. It is sure to be the climax of your Star Wars collection! Coming soon, this statue can be pre-ordered now from Entertainment Earth! 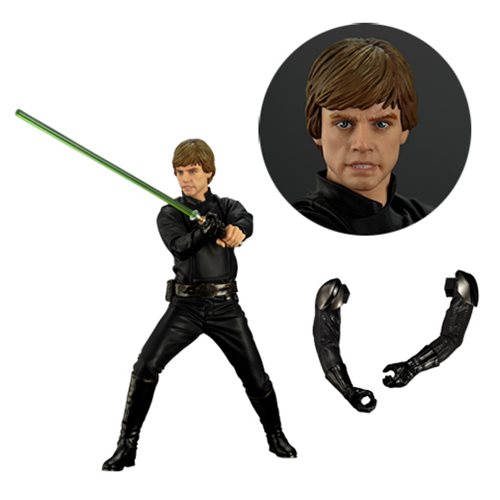 Collectibles Statues
Related ItemsArtFX+KotobukiyaLuke SkywalkerStar WarsStar Wars: Return of the JediStatue
← Previous Story This Prop Replica Is a Must for Your Wonder Woman Collection
Next Story → The Stackable Figures Taking Your Collection to New Heights