Boys and girls of every age wouldn’t you like to see something strange? Come with us and you will see, these our Pop!s of Halloween.

The Jack and Sally Pop! Figures showcase the main characters from the classic film as adorable Pop! Vinyl Figures. The Zero Ghost Dog Pop! Vinyl features the translucent dog with a pumpkin nose. Oogie Boogie might just be one of the few actually evil characters in Halloween Town, but how could anyone resist the cute look of this Nightmare Before Christmas Oogie Boogie Pop! Vinyl.

The Santa Jack Pop! Vinyl features the Pumpkin King of Halloween Town wearing his Christmas regalia. Jack Skellington and Sally have been given a Dia de Los Muertos makeover, featuring the kind of artwork and decoration you would see on sugar skulls made in celebration.

These Nightmare Before Christmas Pop! Vinyl Figures are currently available at Entertainment Earth. 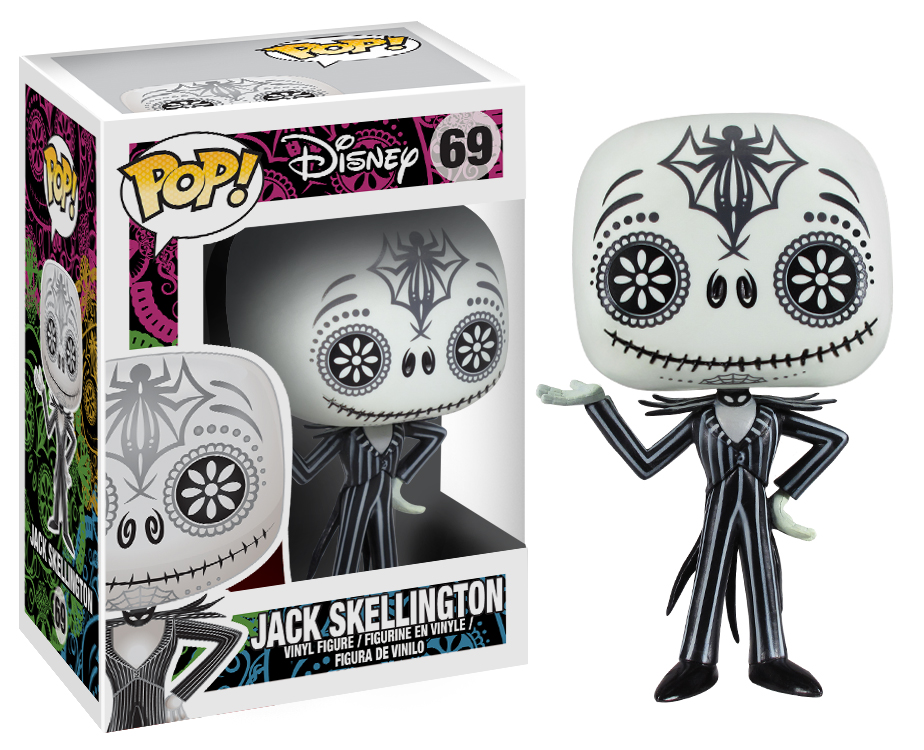