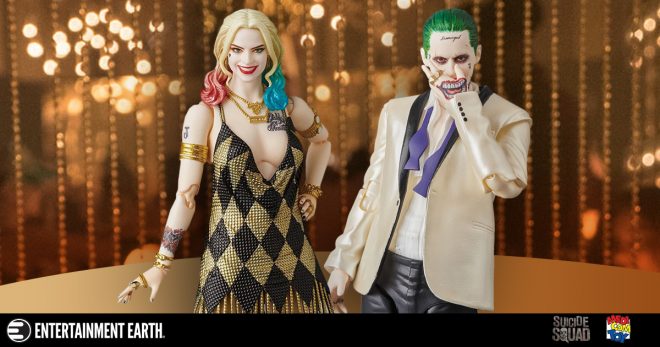 The Joker action figure features the escaped mental patient in his sleek white suit. This figure includes two head sculpts, a machine gun, a pistol, and a cane. As a bonus, this figure comes with an additional straightjacket part that can be placed on the standard Joker MAF EX Action Figure.

The Harley Quinn figure measures about 6 1/3-inches tall, and the Joker figure stands about 6-inches tall. Both include a display stand.

Harley will be available in July 2017, and her Puddin’ will make his debut in August 2017. Place your pre-orders with Entertainment Earth now before they’re both locked up in Arkham!