Tango with This Villainous Pair 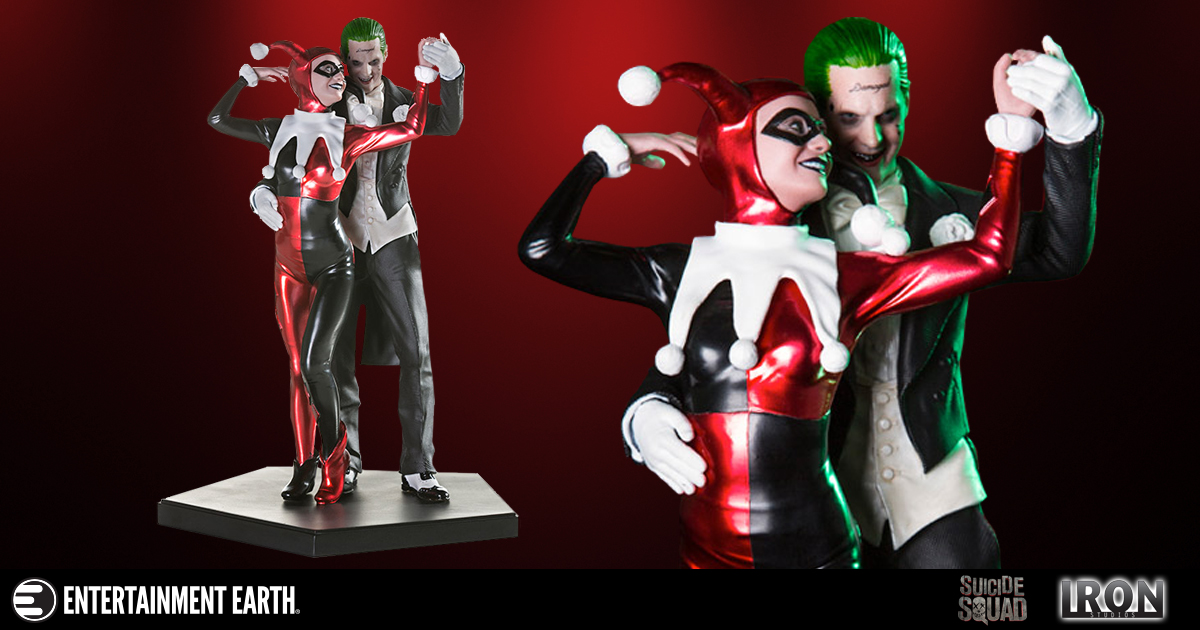 Tango | noun | tan·go | \ˈtaŋ-(ˌ)gō\ | a very intimate, yet playful Latin dance between two people with a deep connection to one another.

It’s no wonder Alex Ross famously painted Harley Quinn and Joker together in this dance. His rendition of the pair became a cover for the graphic novel Batman: Harley Quinn (released in 2000). This eventually spawned its own statue in early 2015 and was the first time two villains had been sculpted in such an intimate moment together.

Paying homage to the fans, the movie Suicide Squad showcased this classic moment during a scene in Harley Quinn’s backstory montage. She is dressed in the classic red and black full body suit and The Joker in a tuxedo dancing the tango.

Now Iron Studios is releasing a new limited-edition Suicide Squad Harley Quinn and The Joker 1:10 Scale Deluxe Statue straight from this quick but very impactful scene. How exciting would it be to add this captured moment to your collection!

The statue is crafted from polystone and stands about 7 3/10-inches tall. It also includes a base to display them on. The pair is brought to life by the hand painted detailing showing off The Joker’s intricate facial tattoos and Harley Quinn’s shimmering red and black costume. Her loving look back at him will pull your heart strings, while his piercing stare sends chills down your spine. You’ll believe you are looking in on an intimate moment between this dancing duo.

Celebrate your affection for these villainous lovebirds by adding this limited-edition Suicide Squad Harley Quinn and The Joker 1:10 Scale Deluxe Statue to your collection!

Do you have other Suicide Squad statues in your collection? Tag #CollectatEE and share with us!