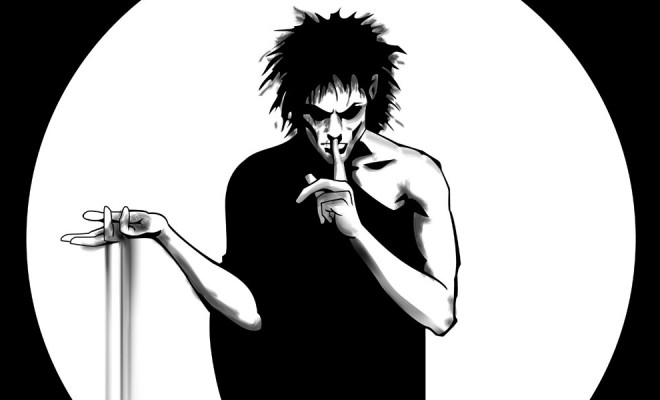 Superheroes aren’t the only comic book characters getting movie treatments in Hollywood. From Scott Pilgrim to Kingsman: The Secret Service, graphic novels are becoming a prime source of storytelling for directors and screenwriters. One of the most popular graphic novels is finally getting its due with a movie adaptation of Neil Gaiman’s The Sandman.

It was reported in December 2013 that Joseph Gordon-Levitt was in negotiations to star and direct, which have since been confirmed. MTV caught up with the star and asked him about The Sandman. You can watch the interview below.

In talking about why it’s been so long since there’s been an update, Gordon-Levitt had this to say:

“It’s really good, man. It’s slow but steady. It’s a really complicated adaptation because those comics, they’re brilliant. But they’re not written as a whole. It’s not like ‘Watchmen,’ which is a graphic novel that has a beginning, middle, and end. ‘Sandman’ was written over the course of whatever — I forget exactly, six or seven years. One at a time. One little 24-page issue at a time. And to try to take that and make it into something that’s a feature film — a movie that has a beginning, middle, and end — is complicated. I’m feeling really good about it, but it is a process, so please be patient.”

Complicated is a bit of an understatement. As excited as we are to see an adaptation of this epic comic, we’re glad they’re taking their time with it. Hopefully patience really does turn out to be a virtue and pays off with an excellent film.

Gordon-Levitt also commented on how it fits the action genre:

“Big spectacular action movies are generally about crime fighters fighting crime and blowing sh-t up. This has nothing to do with that, and it was actually one of the things that Neil Gaiman said to me, he said ‘Don’t have him punch anybody.’ Because he never does. If you read the comics, Morpheus doesn’t punch anybody. That’s not what he does. It’s going to be like a grand spectacular action film, but that relies on none of those same old ordinary cliches. So, that’s why it’s taking a lot time to write, but it’s going to be really good.”

This might seem counter-intuitive at first but he has a point. Morpheus is not your typical action hero and depending on the angle this film takes, the action could be different and spectacular. Overall, the story is more intellectual fantasy than straight action-adventure so these comments make sense.

Gordon-Levitt didn’t reveal what volumes of the comic book they’re adapting or how far they are in the script, but we do know Jack Thorne is the screenwriter. There’s no knowing when the film will begin production but we can’t wait until it does.

Are you excited for a Sandman film? How do you feel about Joseph Gordon-Levitt’s comments? Sound off below!