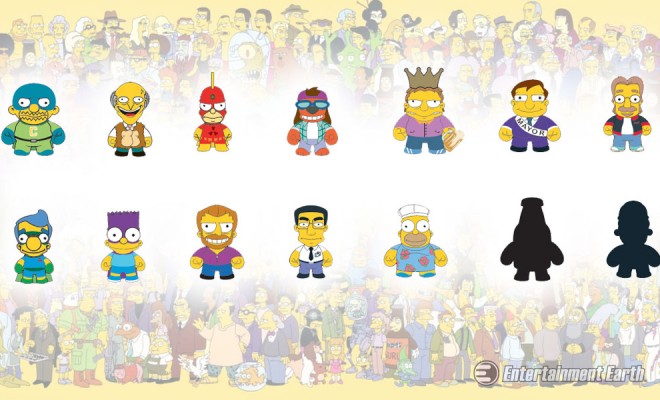 You won’t need to exclaim “D’OH!” when you’re ready to celebrate the 25th anniversary of The Simpsons. Head on down to Springfield with this Simpsons 25th Anniversary 3-Inch Vinyl Mini-Figure 4-Pack from Kidrobot. Woohoo!

Excited? We feel you.

Kidrobot brings you the most memorable mid-90’s to early 2000’s era Simpsons characters and their most beloved iterations as vinyl mini-figures. Grab a Duff beer and a donut because we’re about to journey into the history of Springfield with these adorable figures, and you won’t want to be– BUUURP. (Okay, never mind.)

Check out Homer with his muumuu from the “King-Size Homer” episode, Mr. Burns with his ape-skin vest from “Two Hundred and One Greyhounds,” Milhouse in superhero garb from “Radioactive Man,” Hank Scorpio (oh-so-James-Bond-villain-esque!) from “You Only Move Twice,” Poochie from “Itchy and Scratchy and Poochie,” and more nostalgic character variations from episodes of yonder years.

These figures – including two mystery mini-figures – are ready to join your collection. Can you guess who lies beneath the silhouette?

You don’t need to be Homer to be stumped by age-old Simpsons questions and fan theories, like… where exactly is Springfield? Who shot Mr. Burns? Perhaps most important of all: Which vinyl mini-figures will you get? Order this vinyl figure 4-pack today and find out!

The pack is currently available for pre-order at Entertainment Earth and is expected to arrive in September 2015.

» See All Kidrobot The Simpsons Collectibles