Batman and Arkham Knight Face Off as New ArtFX+ Statues 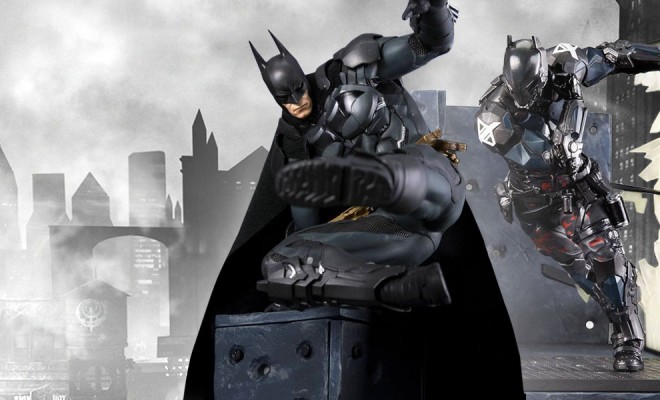 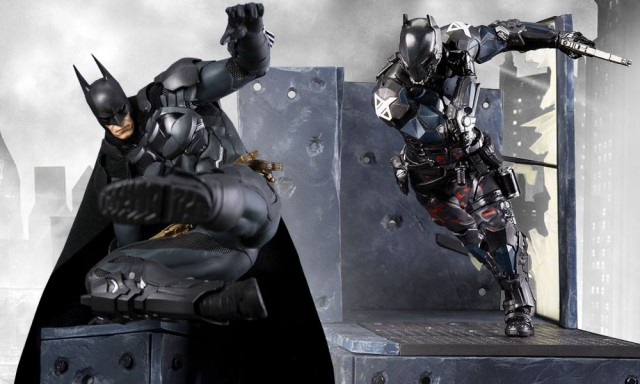 Batman faces one of his toughest antagonists yet in the upcoming Batman: Arkham Knight video game. Stage their battle yourself with Kotobukiya’s new Batman Arkham Knight ArtFX+ Statues!

Each statue features incredible detail, depicting the two characters faithfully from the game.

The Caped Crusader wears his armored costume, cape, and, of course, his traditional scowl underneath his cowl. The statue shows him in mid-leap as he flies through the air in a dynamic pose that’s sure to catch any collector’s eye. Batman measures 10-inches long.

Mysterious and dangerous, Arkham Knight only wants to make Batman suffer. He’s shown here in mid-run wearing his unique, armored costume which sports the Arkham “A” symbol on his chest. He also measures 10-inches tall.

What’s special about these statues is they both have a modular base system that lets you customize your display with a wide range of options! Pair them together to show off an epic fight or have Batman vaulting over rubber and Arkham Knight breaking through a wall.

Lastly, as a special bonus every bullet hole in the walls of the diorama is approximately 4 mm in diameter so it can also display Frame Arms model kits or Modeling support goods (sold separately).

The Batman Arkham Knight ArtFX+ statues are currently available for pre-order at Entertainment Earth with an expected arrival of January 2016 and free shipping.