The Caped Crusader Is Ready to Fight Crime on Your Shelf 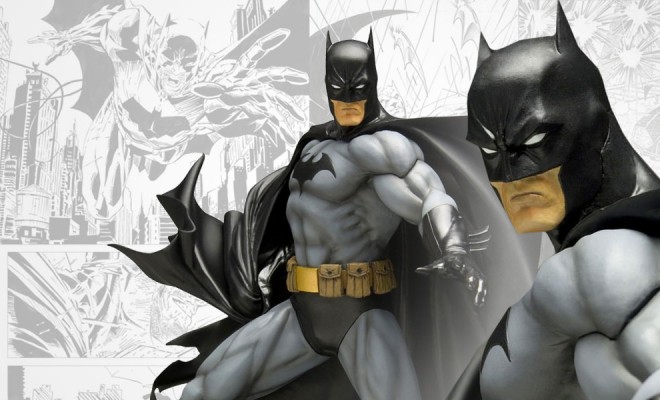 The Dark Knight of comic lore returns as the Batman Black Costume ArtFX Statue from Kotobukiya.

Where once he was the blue-suited Jim Lee Hush Version, Bruce Wayne now dons a black and grey costume, lending a gritter look that makes him blend in even better with the night. This epic statue stands 12-inches tall (1:6 scale) on a special display base.

With his battle-tattered cape swirling dynamically around him, Batman strikes an intimidating pose designed to strike fear into the hearts of the evildoers of Gotham City!

Leaping into the fray, Bruce Wayne prepares a wide-legged stance for optimal balance, while holding back his cape with one arm and keeping the other free to punch or pull a needed item from his utility belt.

The highly detailed sculpt and paint shadowing reveal the billionaire playboy’s muscular physique. The details are just as good as the original version, with expert touches that include the belt, swirling cape, and of course, the stern head sculpt.

The Caped Crusader is currently available with free shipping at Entertainment Earth.