He joins the likes of leader Cyclops as well as other mutants Emma Frost, Magneto, and Magik.

Covered in blue fur, beautifully detailed on this 5 1/10-inch tall statue, Hank McCoy is a mutant with one of the more noticeable mutations. However, he doesn’t let that stop him from being a world authority on biochemistry and genetics, a doctor, and a political activist.

Crouching down, he fits in perfectly with the other X-Men statues, just as he’s supposed to. His curled fingers and body language are wonderfully depicted here, making it a truly remarkable statue.

This statue is based on an illustration by Adi Granov and shows Beast wearing black and yellow spandex shorts and a growl on his face – you can never accuse him of being anything less than passionate.

Get one step closer to completing your X-Men team with this awesome statue, currently available for pre-order at Entertainment Earth and expected to arrive in July 2016. 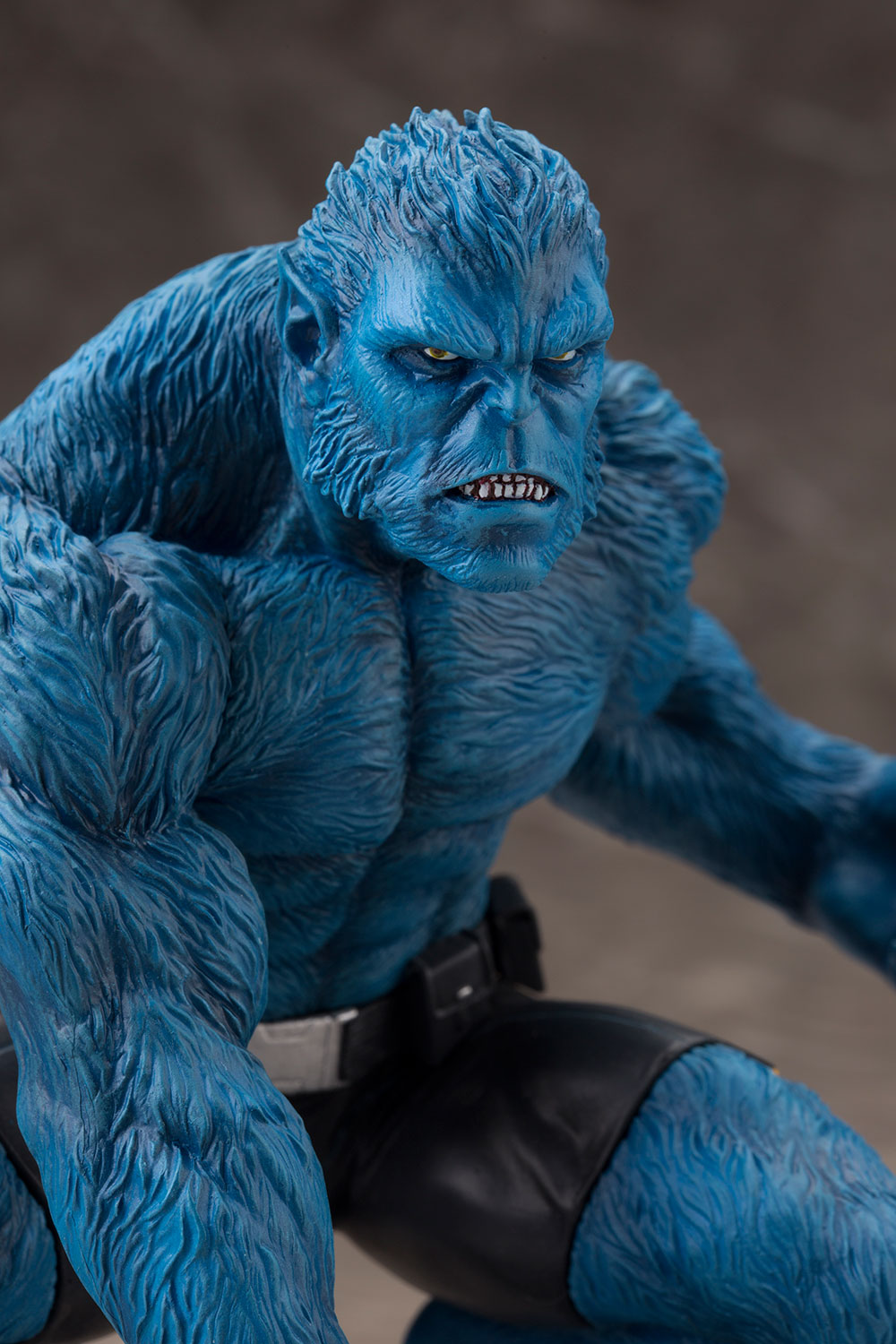