She-Hulk is Savage But Beautiful as New Bishoujo Statue 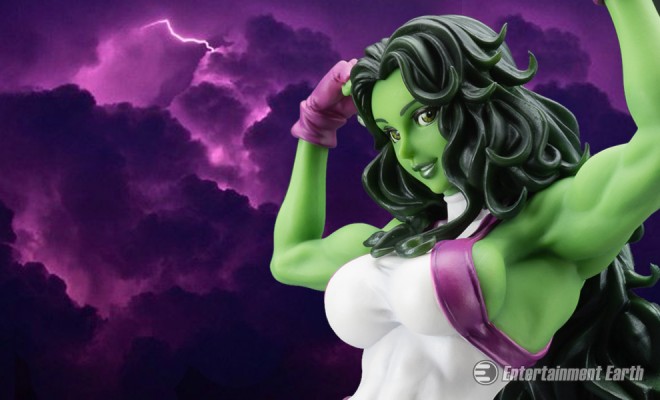 A cousin to Dr. Bruce Banner, Walters once received an emergency blood transfusion from him when she was wounded, which led to her acquiring a milder version of his Hulk condition. As such, Walters becomes a large powerful green-hued version of herself while still largely retaining her personality.

She-Hulk’s beautiful and powerful musculature is on display in the She-Hulk Bishoujo Statue by Kotobukiya, as she flexes in this pose based on an illustration by Shunya Yamashita!

This 1:7 scale statue measures approximately 9-inches tall. With her long, flowing hair, purple and white body suit, and purple gloves, She-Hulk will look flawless with your other Bishoujo statues!

The She-Hulk Bishoujo Statue is currently in stock at Entertainment Earth, so order now with free shipping.

» View All Bishoujo Statues by Kotobukiya