Build Your Own Robots with These Mega Man Model Kits 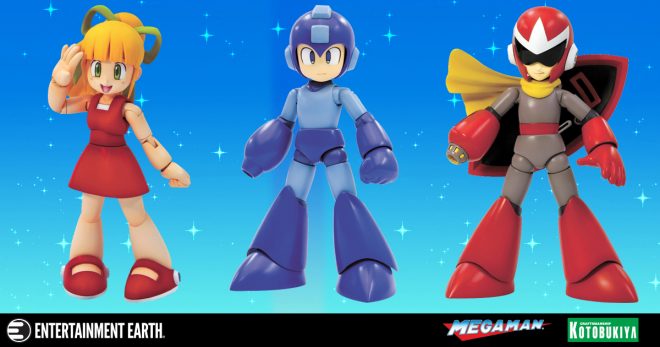 When I was younger I had model kits to build replica cars, spaceships, and planes. Never in the depths of my wildest imagination did I think I could use that skill to do anything as cool as build a robot. Now you can (sort of) with these Mega Man Plastic Model Kits. Build replicas of your favorite characters from the insanely popular Capcom video game!

Mega Man debuted in 1987 on the original Nintendo home console but he was known as Rockman in Japan. An android who asked to be reprogrammed into a fighting robot to defend the world from Dr. Wiley’s evil robot threats. This original blue armored model stands 5-inches tall and is comprised of about 300 pieces with 30 points of articulation for some dramatic posing action. He also comes with two interchangeable blasts for his Mega Blaster, an in-scale “E” canon and three different faces. 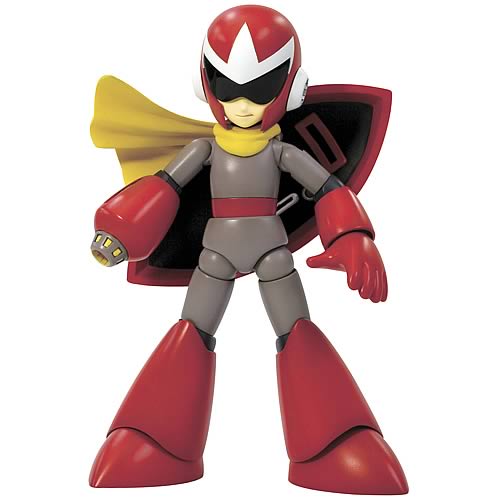 Proto man is an early prototype of Mega Man that debuted in the NES game Mega Man 3 in 1990. His armor is gray and red and he wore a yellow scarf…for some added dramatic flair, of course. This model is made up of 200 pre-painted parts and does NOT require painting or glue to assemble the finished product. He has 30 points of articulation and stands 5 1/2inches tall. Proto Man also has interchangeable part which includes multiple faces, additional hands, and weapons galore including his signature shield!

Mega Man wasn’t alone in his adventures. He had help from other robots such as his sister, Roll. She was the first female character ever in the Mega Man universe and is a kind-hearted humanoid robot created to be a housekeeper. As Mega Man and Proto Man’s little sister, she’s so much more than just the help. Her model stands just over 5-inches tall and features 30 points of articulation just like her brothers. Just like them she also has multiple interchangeable faces options, clothing and hands!

Mega Man is one of the few iconic video game characters. He’s up there with Mario, Sonic, and Link & Zelda. He’s one of the original NES characters and is still thriving today in pop culture. Add these models to your collection and have fun building them! Order today!