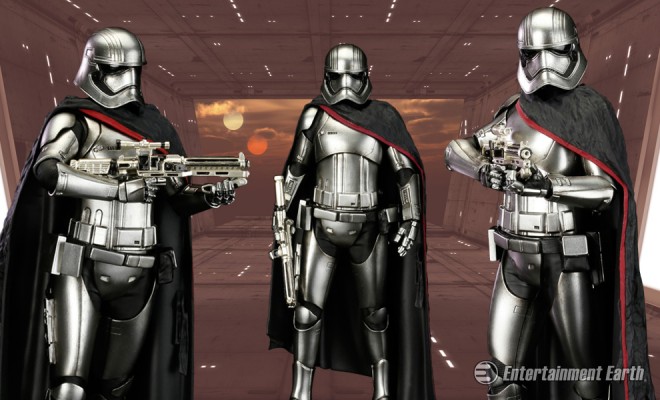 One of the Empire’s most fearsome allies is armed and at the ready as the Star Wars: Episode VII – The Force Awakens Captain Phasma ArtFX+ Statue from Kotobukiya!

As a Captain of the First Order, Phasma is effective, intimidating, and honestly? Super cool.

Measuring approximately 7 4/5-inches tall, this statue is made of plastic and features Phasma in her reflective armor (similar to that of a Stormtrooper) and epic cape. She’s not someone you want to challenge.

You can pose Captain Phasma in two ways and she comes with interchangeable parts as well as magnets in her feet for added stability on the included base.

The Resistance better get ready because Phasma’s entering the melee! She’s available for pre-order at Entertainment Earth and expected to arrive in May 2016.