The Man of Steel Prepares for New Super Powers 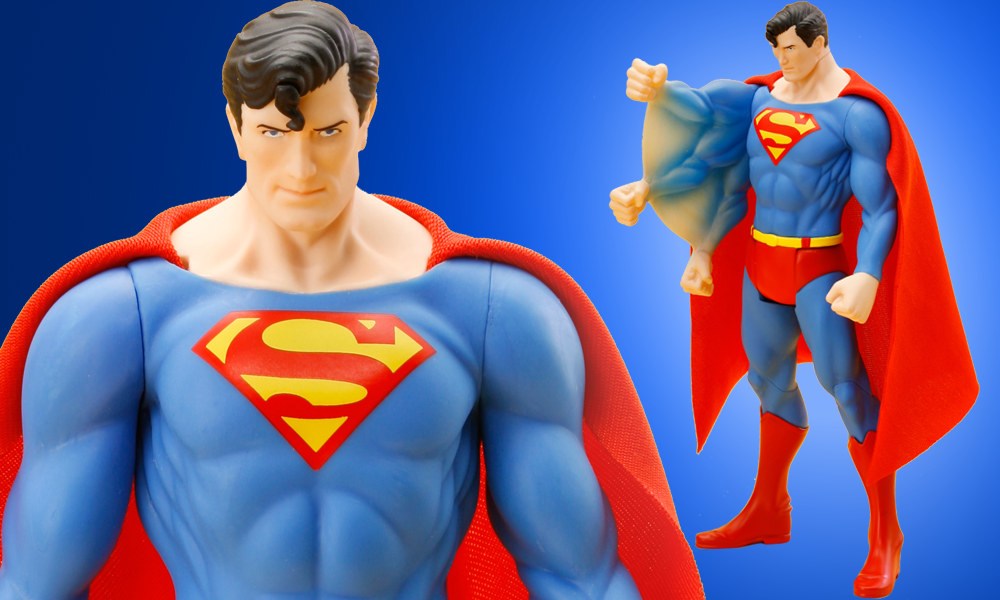 Based on vintage action figure sculpts from the Super Powers line enlarged to 1:10 scale, this non-articulated statue brings back the Man of Steel’s classic look. Superman comes with magnetic feet for added stability and an alternate arm to display his power action move. He stands approximately 7 3/4-inches tall.

Who could ever imagine that mild-mannered Clark Kent lives a double life as Superman? The Kryptonian dons his classic blue and red costume when needed, and that includes protecting your collection.

This is the first in the upcoming Super Powers Collection from Kotobukiya. We saw the line at New York Toy Fair 2015 and they look amazing. See our photos from Toy Fair below!

This classic design for the Man of Steel is currently available for pre-order at Entertainment Earth, and scheduled for arrival in September 2015.