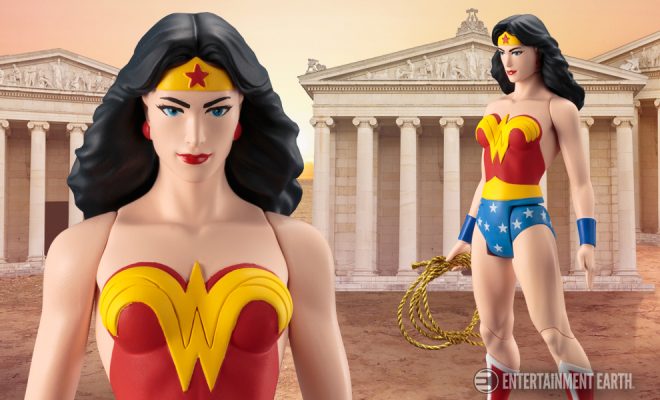 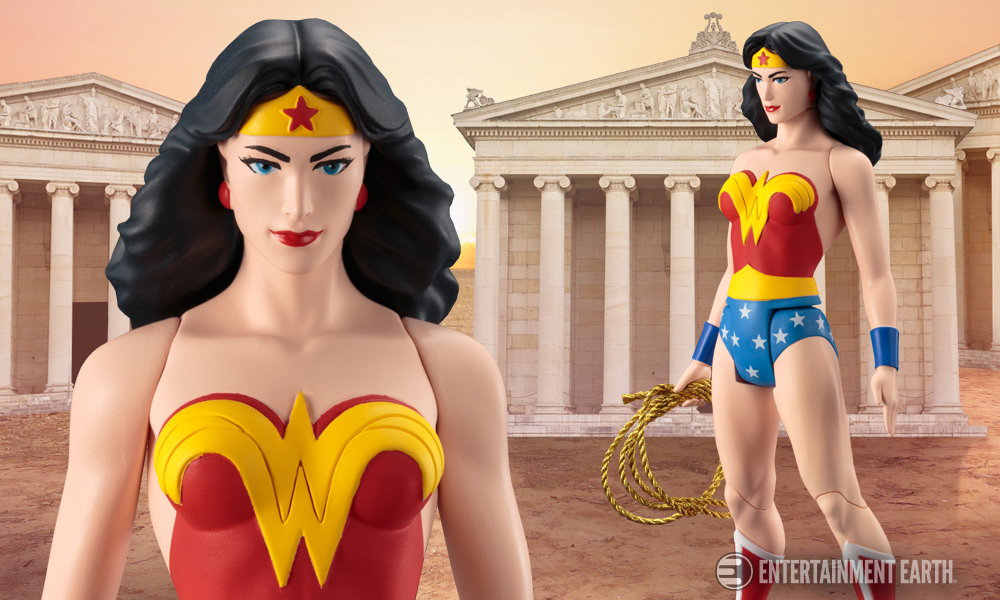 Originally produced in the 1980s, the DC Super Powers Collection was a range of action figures featuring DC’s biggest Bronze Age heroes. Now Kotobukiya are producing a range of statues based on these classic figures! Joining the lineup of DC heroes is the Wonder Woman Super Powers ArtFX+ Statue!

Previously released figures like Superman and Green Lantern show that while these statues are simple, they also have a quality finish. Wonder Woman is no exception here. The colors on her costume are bold and bright, and the Lasso of Truth she grasps in her hand holds a realistic shape. The figure is non-poseable, but has magnets in the feet to help keep her upright.

The Wonder Woman Super Powers Art FX+ Statue is available for pre-order at Entertainment Earth now, and while you’re there, you can check out the other DC heroes in this unique range!