Wolverine ArtFX+ Statue Is a Comic Illustration Come to Life 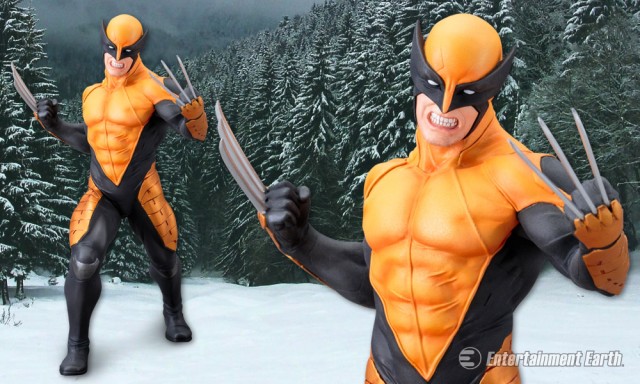 Wolverine is suited-up and ready to go into battle as this new X-Men Marvel Now Wolverine ArtFX+ 1:10 Scale Statue. Wearing his classic uniform and brandishing his iconic claws, this statue embodies the passion and might of one of Marvel’s greatest-loved heroes.

But this isn’t just any collector’s statue. This statue is a three-dimensional rendering of an exclusive illustration.

Adi Granov is a well-known comic book artist, most noted for his extensive work with Marvel Comics. For this exciting project, Granov made an exclusive and intense illustration of X-Men’s greatest hero. The folks at Kotobukiya, who really know 3D rendering, turned that illustration into this beautiful 7 1/4-inch, 1:10 scale sculpture.

That recognizable black and yellow suit are straining against the mutant’s body as he prepares to engage his enemy. His physique, claws, and temper are all on display in this detailed sculpt, capturing not only the shape and form, but the inner character. We’ve seen a lot of statues come through, and plenty of them are bigger than this one, but none of them pack a bigger punch.

Don’t be the last collector to get your claws on this one! Pre-order yours today at EntertainmentEarth.com!