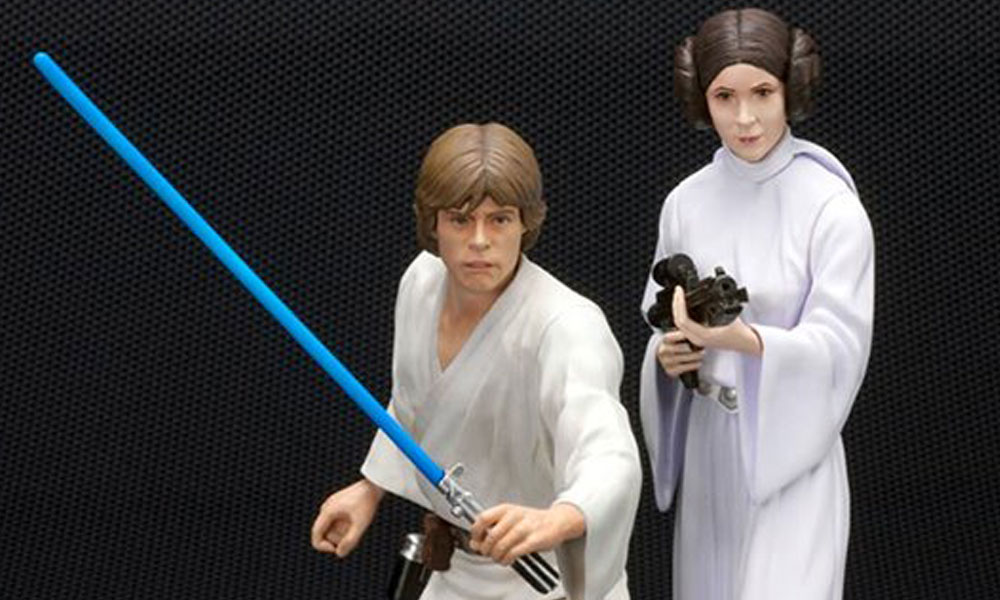 May the Force be with you

Based on their appearances from a long, long time ago in Star Wars Episode IV: A New Hope, Luke and his sister Leia make fantastic ArtFX+ Statues. Luke can wield a lightsaber or blaster as he protects your collection.

Princess Leia is featured with her signature buns. She’s a princess for the future – one who can protect herself. Just check out the blaster she holds!

The twins separated at birth will make a phenomenal addition to every Star Wars collection. The Luke Skywalker and Princess Leia ArtFX+ Statues are coming to this galaxy for release in May 2015.

Han Solo and his faithful pal Chewbacca, as well as a Stormtrooper duo, are also available as ArtFX+ Statues from Kotobukiya. They are currently available for at Entertainment Earth, with Han and Chewie are scheduled for arrival in November 2014.