Celebrate Labor Day With These 5 Sci-Fi and Fantasy Workers

Another summer is wrapping up here in the U.S., which means another Labor Day weekend has arrived.

Whatever your work during the year, have you wondered what your job might be if you lived in a sci-fi or fantasy world?

While you’re busy sneaking one last backyard cookout or beach trip into your summer, celebrate the hard workers in some of our favorite alternate realities. Would any of their jobs be right for you? 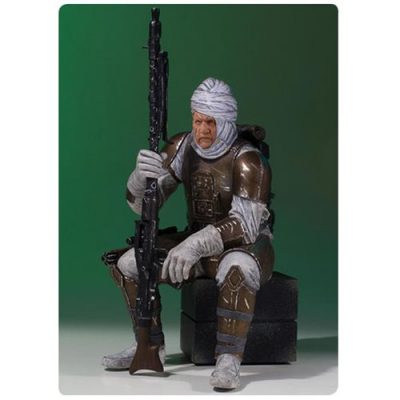 Just a simple man or woman trying to make your way in the universe? Maybe being a bounty hunter is the career path for you!

Sure, Dengar looks like he’s had a hard day in this detailed Star Wars Dengar Collector’s Gallery Statue from Gentle Giant. But don’t let his battered battle armor or bandage-swathed body fool you. This Corellian crack shot leads a lucrative life of excitement that takes him from the bright center of the universe to all its far-flung edges!

High-falutin’ Imperial officers will write you off as “scum.” But when deep-pocketed patrons like Darth Vader or Jabba the Hutt are writing your paycheck, what do you care?

On the other hand, we’ve never seen any retirement communities where bounty hunters spend their golden years. And smugglers who outwit you are a constant occupational hazard.

Prefer a more peaceful way to see strange new worlds? Sign up to be a Starfleet science officer.

You’ll join a proud tradition of highly trained, sharp-minded researchers like Mr. Spock of the USS Enterprise; Jadzia Dax of space station Deep Space Nine; and Saru, seen here as a distinguished Star Trek Discovery Lt. Saru Mini Bust from Gentle Giant. Before his actions as the USS Discovery’s acting captain earned him the Starfleet Medal of Honor, the Kelpien served as science officer aboard the USS Shenzhou.

The whole galaxy (and sometimes beyond) is a science officer’s laboratory. You’ll exemplify Starfleet Academy’s motto – Ex astris, scientia (From the stars, knowledge) – by formulating new hypotheses and improvising new technology when stakes couldn’t be higher. Sentient beings wanting to avoid a lot of on-the-job stress need not apply! 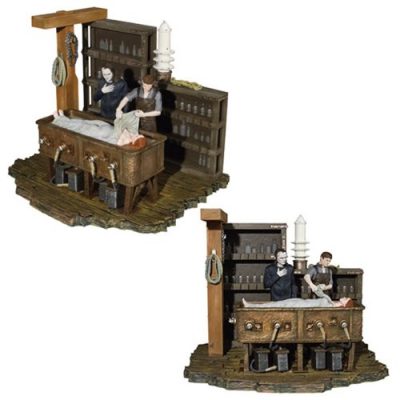 Maybe your scientific streak leads you in unconventional directions. As a mad scientist, you’ll be your own boss while you play God, reveling in secrets man was not meant to know!

Just ask Victor Frankenstein, seen here in USAopoly’s Penny Dreadful Rebirth of Brona Limited Edition Statue preparing to reanimate the late Brona Croft as his Creature’s bride. “There is only one worthy goal for scientific explanation,” he declares in Penny Dreadful’s first episode, “piercing the issue that separates life from death.” Now, honestly, how many jobs let you put that on your resume?

To make it as a mad scientist, you’ll need an all-consuming intellectual passion shunned by “respectable” society, a willingness to work long hours on dark and stormy nights, and a gleam of wild excitement in your eyes. Just be certain to add a rider about mobs wielding pitchforks and torches to your insurance policy. 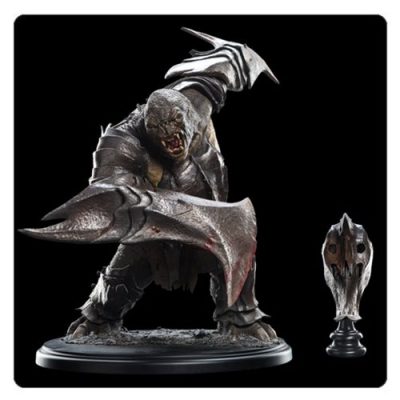 Rather not make monsters? Why not be one instead?

The forces of evil in epic fantasy are always hiring monstrously strong henchmen, like the brute depicted in this The Hobbit: The Battle of the Five Armies War Troll Premium Statue from WETA Workshop. The piece is gorgeous even if it’s subject isn’t.

But let’s face facts: You’re not getting this job for your looks. (Except to the degree to which they send your master’s foes fleeing in fright.) You’re here for the mindless mayhem your muscle can inflict.

The more pent-up frustration and rage you bring to the office every morning, the better! The wicked overlord pulling your strings will never require you to take anger management training.

Drawbacks? Apart from the lack of job security caused by good’s inevitable triumph over evil? No dental. (Honestly, have you seen who trolls eat?) 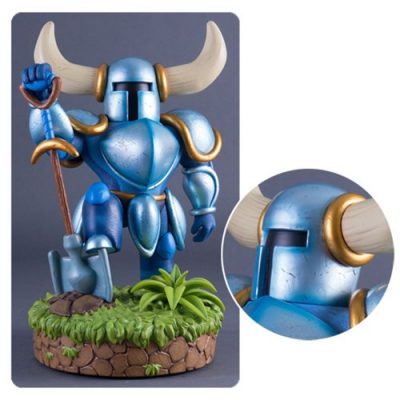 Finally, if you’re looking for a chivalric career, we’ve got you covered. Gird on your best armor, jump on your trusty steed and defend all that is fair and virtuous as a heroic knight.

Knights have always captured storytellers’ and story-listeners’ imaginations. The faithful fellow depicted in First 4 Figures’ Shovel Knight Statue is no exception. His quest to rescue his beloved Shield Knight inspires those who play the Shovel Knight video game with its theme of unfailing devotion.

As a heroic knight, you’ll get plenty of physical activity, up to and including battling dragons – and they won’t all be the sleepy, bubble-spitting dozedrakes Shovel Knight goes up against. Knighthood is a risky profession… but you’ll never complain about feeling trapped behind a desk all day!

Whether these hard-working sci-fi and fantasy laborers inspire you to pursue a new and more adventurous line of work or give you a newfound appreciation for what you already do, you can find them all at Entertainment Earth!

And let us know in the comment section below: If you lived in a sci-fi or fantasy world, what would you want your job to be?