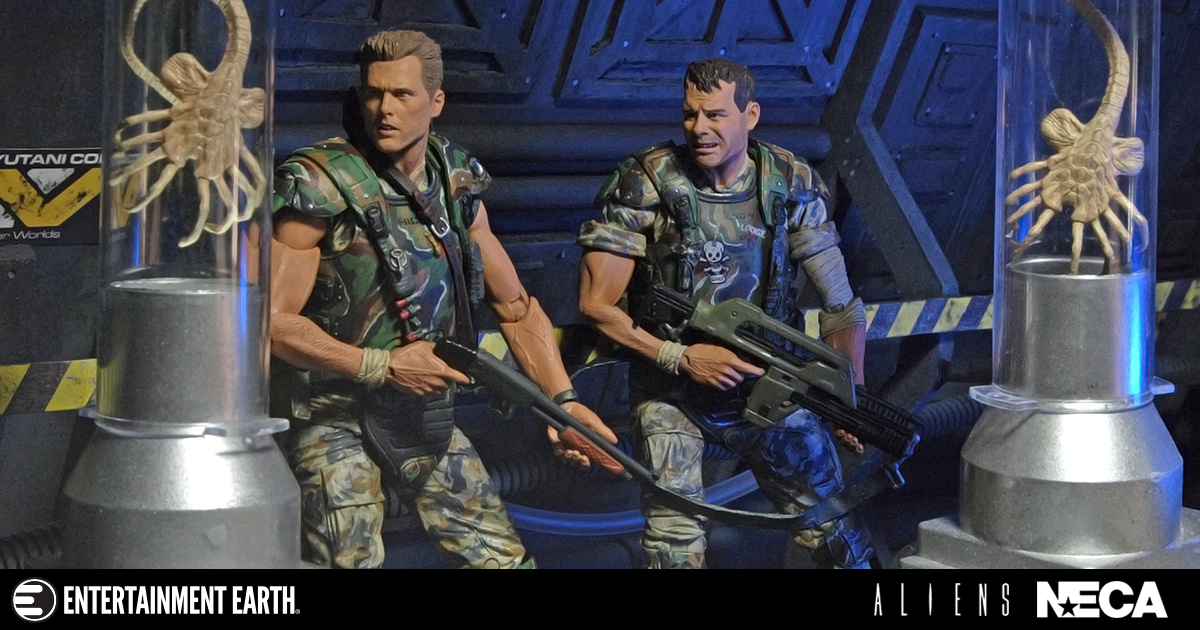 It’s hard to believe, but the critically acclaimed film Aliens is already celebrating its 30th anniversary! Join in the fun by adding the Aliens 30th Anniversary Colonial Marines Action Figure 2-Pack to your collection.

Each figure is 7-inches tall and both are incredibly detailed. A must-have for fans of one of the greatest sci-fi films ever made!

Hicks and Hudson will be available in February 2017, so place your pre-orders now before it’s game over, man!