Entertainment Earth Partners with Legion M for Seventh Fundraising Round! 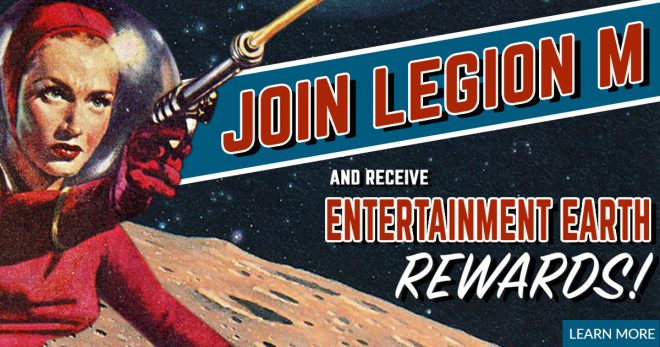 Legion M has invested in or helped produce some of the most beloved genre hits in the industry, including the Anne Hathaway-fronted Colossal, Kevin Smith’s Jay and Silent Bob Reboot, 2019’s Sundance documentary Memory: The Origins of Alien, and the 2018 critically acclaimed revenge thriller Mandy, starring Nicolas Cage.

“At its heart, Legion M is about uniting fans to shape an industry we so deeply care about,” said Jeff Annison, Legion M’s co-founder and president. “With over 100,000 fans and over 25,000 fan-investors, Legion M continues to showcase the success of equity crowdfunding, and we are so proud of all that we have accomplished in just four years.”

Everyone who invests in Round 7 gets a reward along with their investment. For the next six weeks, Legion M is reallocating funds usually earmarked for digital advertising, using those dollars instead to reward the company’s much-appreciated investors. Entertainment Earth is honored to be part of Legion M’s next round. When pop culture and collecting collide, anything is possible!