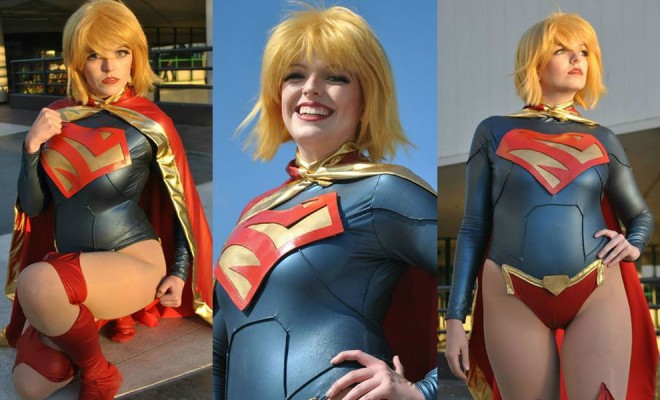 The east coast can keep Dragon-Con and New York Comic Con, because between San Diego Comic Con, Anime Expo, and a myriad of smaller conventions including LBCC, southern California has a huge cosplay community. I would even wager that we have some of the best cosplayers in the world. And they were out in force at Long Beach Comic Con.

These cosplayers brought their A-game, so I brought my camera to document them. Check it out in the gallery below!

The main entryway for the convention had tall windows and glass doors, providing magnificent lighting for cosplay photography.

On Saturday, the cosplaying attendees were primarily from comic books, television (Game of Thrones, The Walking Dead, Adventure Time), and children’s movies (Disney and Dreamworks), with a handful of video game costumes. There were cosplayers of all ages and skill levels, which is always encouraging to see. The exhibit hall featured a ‘Cosplay Corner’ where they provided tables for the official cosplay guests.

Okay, I have to say it, the artist alley at Long Beach Comic Con was awe-inspiring. The bulk of the exhibitors were artists who brought their digital paintings, comic books, art prints, buttons, cartoons, and more. The artist alley was full of energy and the walkways were far more crowded than the areas surrounding vendor booths. One artist in particular stood out. I wasn’t able to get their name but they were creating absolutely stunning models and figures from a 3D printer.

For a smaller convention, LBCC had a decent turn out. It certainly wasn’t as crowded as San Diego Comic Con or Anime Expo. You could move pretty easily, even in the most crowded aisles, and the overall layout of the exhibit provided good flow. Plus, there were a fair number of attendees and it drew quite the cosplay crowd.

At any rate, my Saturday consisted of exploring the exhibit hall and artist alley while photographing these exceptional cosplayers.

Check out these ridiculously talented cosplayers from Long Beach Comic Con Day One.