The Power Rangers take on some of their most fearsome foes with the Mighty Morphin’ Power Rangers Metallic Action Vinyl Figures 2-Pack – 2015 SDCC Exclusives from Loyal Subjects!

Each 2-pack comes with a specific Power Ranger and villain.

First up, Kimberley Hart aka the Pink Ranger takes on Rita Repulsa! This humanoid sorceress is obsessed with domination in the name of Lord Zedd but the Pink Ranger is going to make sure that doesn’t happen.

Meanwhile, Lord Zedd is busy facing off against Tommy Oliver as the White Ranger. Often considered the greatest Power Rangers villain of all time, can the White Ranger defeat Zedd? You’ll have to get these figures to find out!

The Red Ranger, real name Jason, is up last against the humanoid ape working for Zedd and Rita: Goldar. Wearing an ostentatious suit of gold, Goldar battles the Red Ranger but Jason is determined to protect mankind.

All figures measure nearly 3 1/4-inches tall and feature multiple points of articulation as well as character specific accessories. The details of the figures are enhanced by metallic paint.

Go go and order your figures today! They are currently available at Entertainment Earth where in-stock orders of $79 or more receive free shipping. 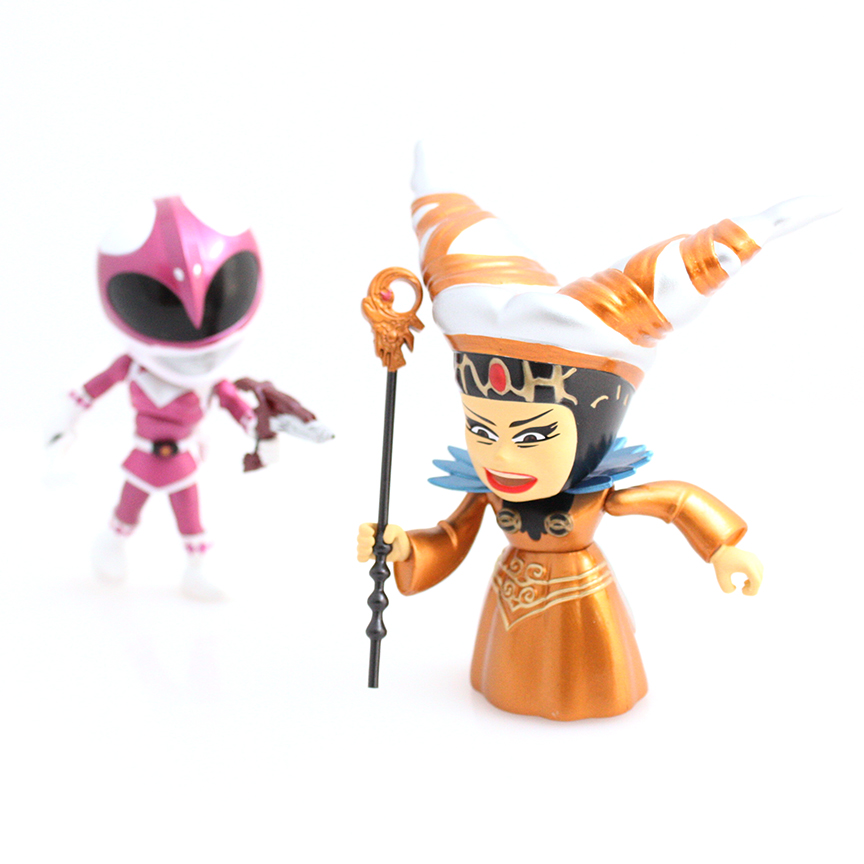