Which Star Wars Costume Hoodie Reveals Your Inner Self? 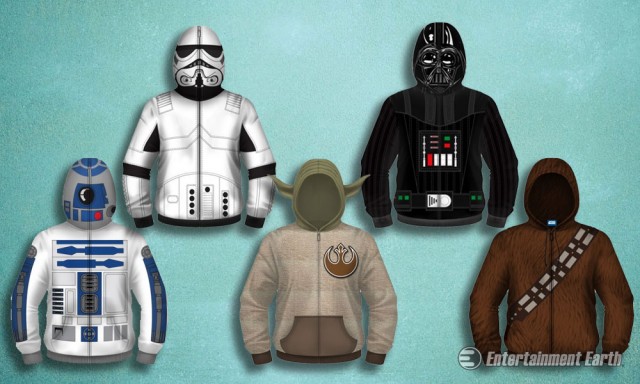 There’s nothing like walking down the street channeling your inner Star Wars character. Now you can do just that with Mad Engine’s Star Wars Hooded Costume Fleece Zip-Up Hoodies!

Depicting various characters from a galaxy far, far away, now you can stay warm, look cool, and do whatever it is you want in the galaxy, whether that’s using the Force or being a droid.

If you’re off hunting bounties, it’s the Boba Fett hoodie you want. It shows his green, yellow, and red armor. You will definitely be one of the coolest guys in the galaxy with this.

Or perhaps you’re a staunch good guy! Which means the Yoda, Chewbacca, and R2-D2 hoodies are the ones for you.

Yoda’s hoodie sports the Rebel Alliance symbol, as well as his pointy ears sticking out from the hood. Chewbacca’s bandolier is on proud display and R2-D2’s hoodie has all the blue and white details you need.

Of course, there are those loyal to the Galactic Empire as well. For those of you who have succumbed to the dark side, look no further than the Darth Vader, Stormtrooper, and Shadowtrooper hoodies. These hoodies faithfully reflect each character’s uniform.

To make these pieces even better than normal hoodies, the Boba Fett, R2-D2, Darth Vader, Stormtrooper, and Shadowtrooper hoodies zip up over your face to really complete the look. There are eye holes in the hoods for you to see out of.

The Star Wars costume hoodies come in adult sizes of S, M, L, XL, XXL, and are currently available for pre-order at Entertainment Earth with an expected arrival later this month. 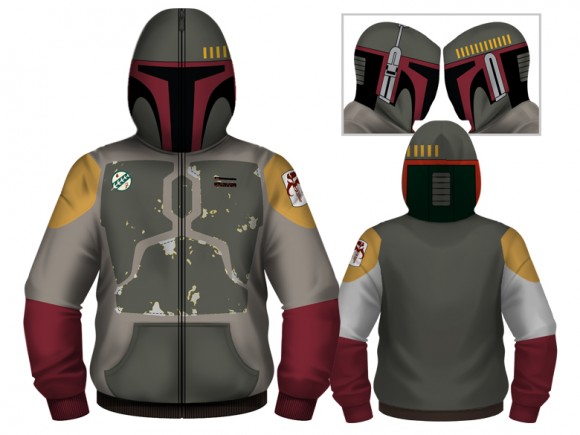 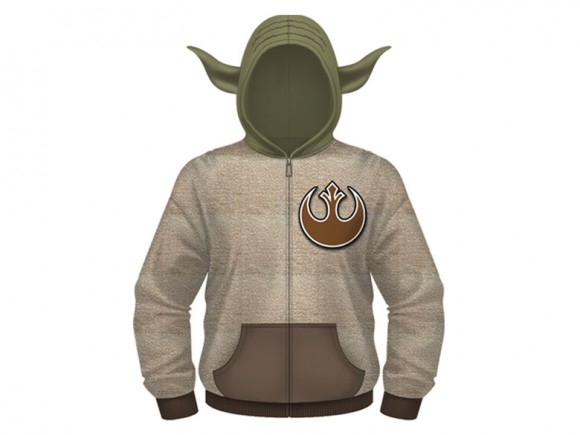