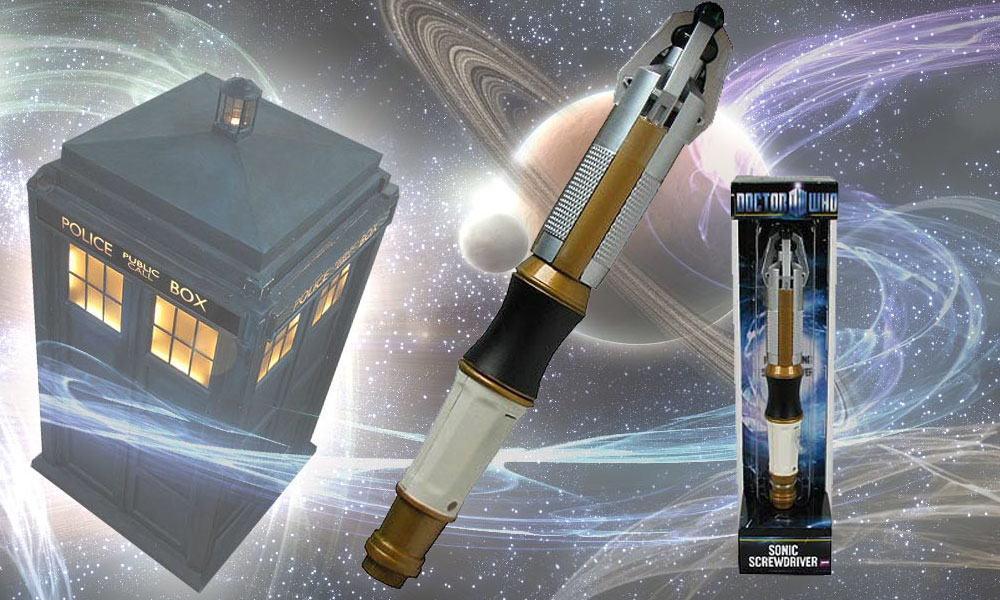 Does your screwdriver need to be a little more Sonic? Look no further than this Die-Cast Eleventh Doctor Sonic Screwdriver!

This perfectly detailed metallic screwdriver is based on the Doctor’s handy accessory. Don’t worry, this one can be just as useful. When in use, the 8 1/2 inch long screwdriver recreates the lights and sounds from the hit BBC series Doctor Who.

The weighted metal base acts as both the sonic screwdriver as well as the handle for use as a tool.

This is the essential kit for time travellers. Who knows when you’ll need tighten a loose screw or make something a little more sonic?

Sometimes the Doctor needs to fix things the old fashioned way and this die-cast screwdriver can get the job done! We even keep one in the office for all our sonic needs.

The Die-Cast Eleventh Doctor Sonic Screwdriver is currently available at Entertainment Earth, so order yours today.