Which Marvel vs. Capcom: Infinite Fighter Will You Choose? 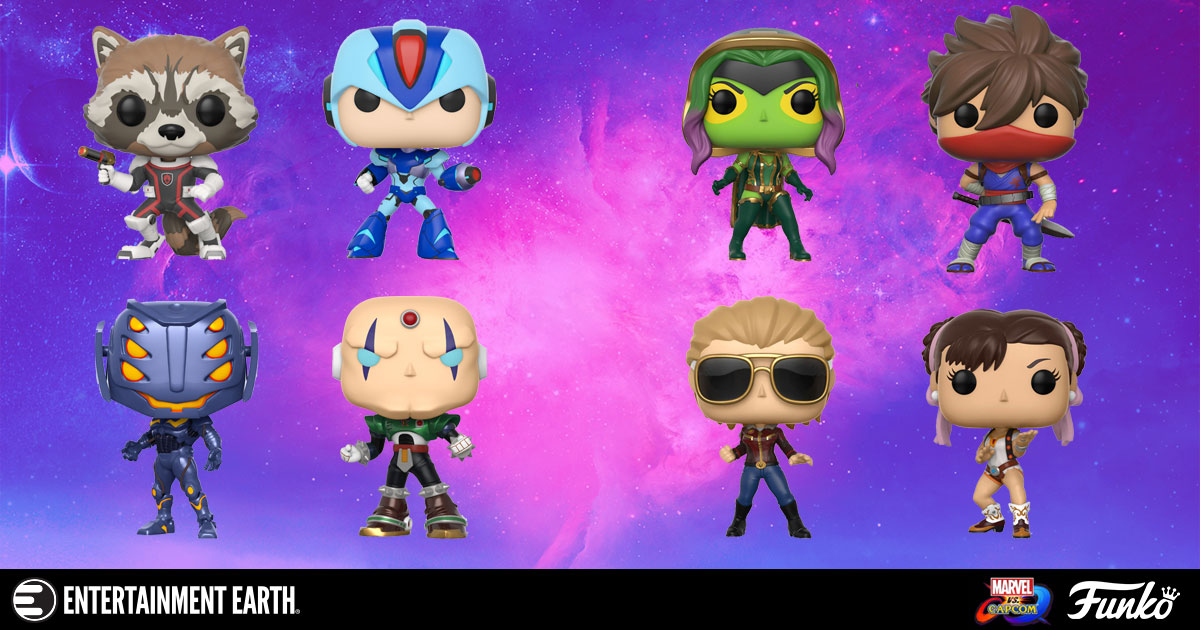 Every so often a franchise video game or comic book series comes along and becomes a smash hit. Street Fighter, Mega Man, The Avengers – these properties hit it big with fans and continue to be popular in mainstream Geek Culture. On an even more rare occasion, we fans are treated when these franchises come together in spectacular fashion. Such is the case with the recently released Marvel vs. Capcom: Infinite, the latest game in the wildly popular crossover series by Capcom. These games pit our favorite Marvel characters against our favorite Capcom game characters in furious fighting action. Now Funko is getting in on the fun with these incredible Pop! Vinyl sets!

The very stylish and powerful Captain Marvel dons her shades and leather flight jacket and prepares for battle with the agile and swift martial arts expert Chun Li from Street Fighter. Bring this dream pairing to life with these incredibly colorful and detailed Pops!

Get your blasters ready for this matchup as we see the gun loving trash panda Rocket taking on the man with a gun for a hand, Mega Man X. The battle these two would wage is something that can only be told in video game form as it would cause a lot of collateral damage. And the puns alone would be too much for one fight.

Gamora of the Guardians of the Galaxy is ready for action with her hood up and cape on, the only thing missing is one of her signature blades which she’ll need when taking on the swordsman, Strider. In a close combat quarters fight, these two would be very equally matched but give one of them a sword and that fight sways heavily in favor of the blade equipped hero.

The line won’t be complete without two superpower villains facing each other. The extremely powerful and singularly motivated Ultron with his hordes of A.I. clones and expert fighting skills (programmed into him) taking on Mega Man’s main antagonist from the Mega Man X series. Both are creatures of technology and would put up quite the fight against our favorite heroes, but when fighting each other it’s hard to pick a winner.

If you’re like most of the world, you’re obsessed with expanding your Funko Pop! collection and these Marvel vs. Capcom: Infinite sets make a great addition to your already large collection. If you’ve never dipped your toes into the Pop! addiction, this is your chance to at least pick up some memorable figures from a fun and exciting game series. Play the game, collect these sets, and you decide who wins in these dream match-ups!