One Icon Honors Another: Barbie Star Trek Dolls Are Amazing 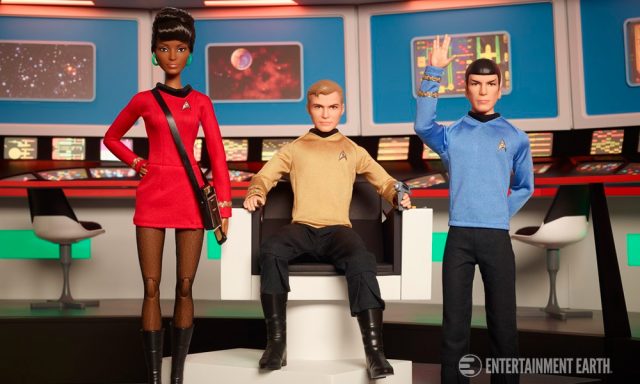 In 1959, years ago, America met Barbie. The iconic doll became a child’s ambassador to the world of adults, letting them imagine what it is like to grow up and take on a roll in a capitalist society. It was seven years later that America met Star Trek, a television show every bit as iconic, and the ambassador for so many to the world of science-fiction and imagination. Now, the 57-year-old doll is commemorating the 50-year-old television show with these Silver Label Star Trek 50th Anniversary dolls.

Move over, Ken, Barbie has a new captain in her life. The Barbie Star Trek 50th Anniversary Kirk Silver Label Doll comes dressed to impress in his classic gold uniform. Sculpted to recreate the likeness of actor William Shatner, who portrayed the handsome James Kirk, this doll is highly detailed. An icon of what the future looked like from post-war America, Kirk is at once a captain of the future and a relic from the past. If Barbie wants to keep from blushing, she better keep her distance from this womanizing Starfleet hero.

Keeping Kirk grounded in the world of logic, First Officer Spock gets the Barbie treatment with this Barbie Star Trek 50th Anniversary Spock Silver Label Doll. This monument of reason and class played by the classical actor Leonard Nimoy, looks amazing as a Barbie doll. In his blue science officer’s uniform, this figure is nearly indistinguishable from the likeness of Mr. Spock.

Not to be overshadowed, this Barbie Star Trek 50th Anniversary Uhura Silver Label Doll is another collector’s item that you can’t be without. This smart, savvy communications officer is also a fabulous example of an empowered woman. While her character inhabits an enlightened future society, Nichelle Nichols, who played Uhura, was a huge player in the Civil Rights movement. This doll captures her professional power as well as her charm. The figure would look great in all of Barbie’s expanded wardrobe, but comes in her classic red uniform.

These dolls are all the dimensions of the classic Barbie Doll, 11-inches tall. They come in their signature uniforms, including Starfleet insignia. They also have a variety of accessories for each doll. You can order them individually or as a set. These dolls are really musts for any Star Trek or Barbie collector! Order yours at Entertainment Earth. 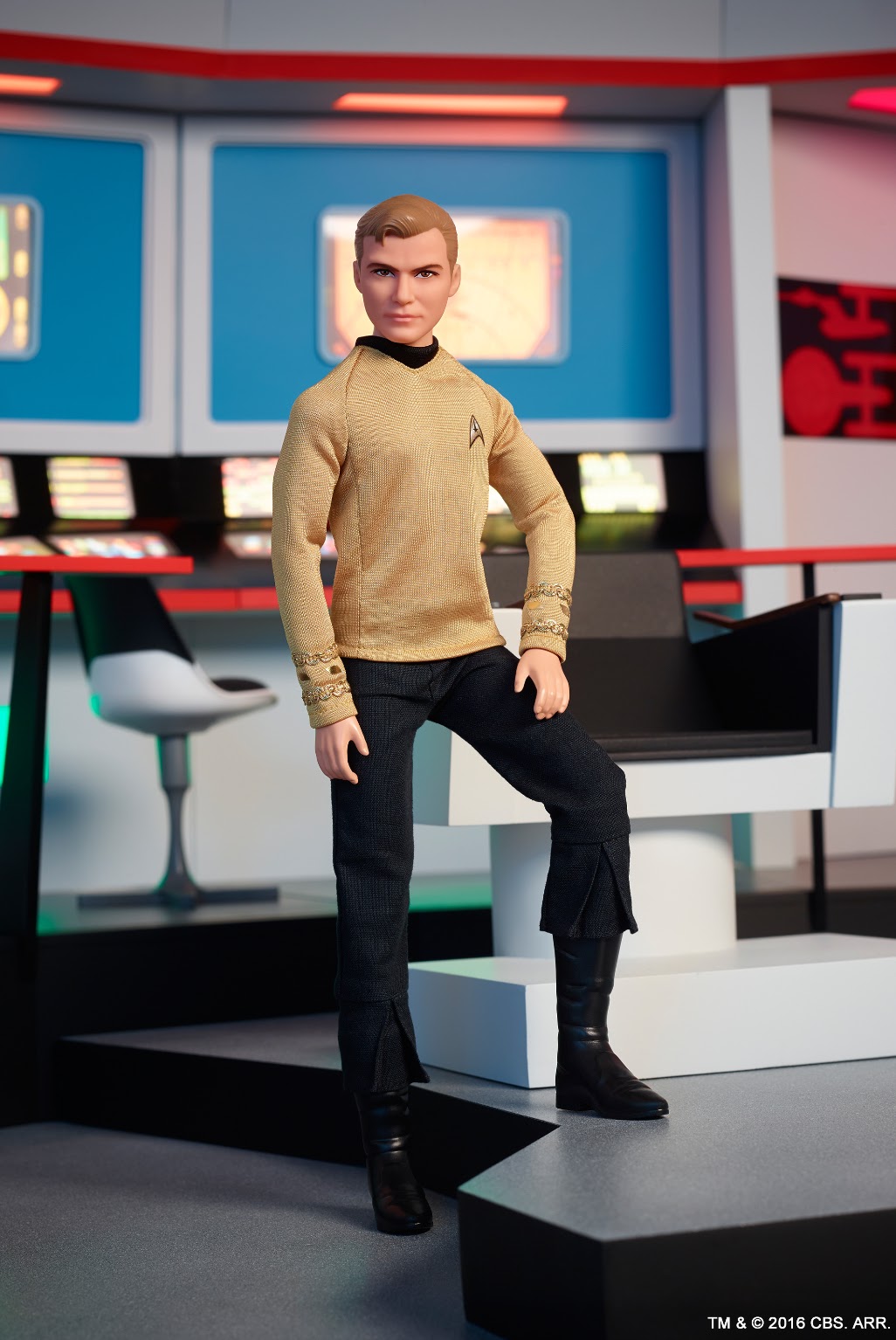 Collectibles
Related ItemsBarbieDollsMattelStar TrekStar Trek 50th Anniversary
← Previous Story The Bombshells Are Back in Black (and White)!
Next Story → Suicide Squad Joker and Harley Action Figures Are Everything You Hoped They’d Be