Heads up, Mazinger fans, action figures are coming your way!

The Mazinger Z 12-Inch Action Figure is articulated in both the arms and legs and features a light in the chest. The Pilder can be removed from Mazinger’s head, and the wings open. The figure includes a highly detailed display stage as a bonus.

Don’t miss out on the Mazinger Z and Aphrodite Action Figure 2-Pack! These amazing figures are full of details. The 2-pack includes 2 articulated 7-inch scale figures. Mazinger Z stands 7-inches tall, with Aphrodite at 6-inches tall. They come with a collectible display base. The Mazinger figure includes Koji Kabuto’s Pilder, which you can remove from Mazinger’s head and open the wings. Afrodite comes with Yumi Sayaka on the top of her head.

Mazinger is a long running series of manga and anime showcasing giant robots and mecha. The most famous series is Mazinger Z. Mazinger Z, also known as Tranzor Z followed the story of the Mazinger Z and the discovery of an ancient Mycene army of steel titans. Inspired by these titans, the world around these “mechanical beasts” is rocked by danger, death, and robot battles.

Aren’t they amazing? These Mazinger figures are currently available for pre-order at Entertainment Earth and are scheduled to arrive in November 2014. 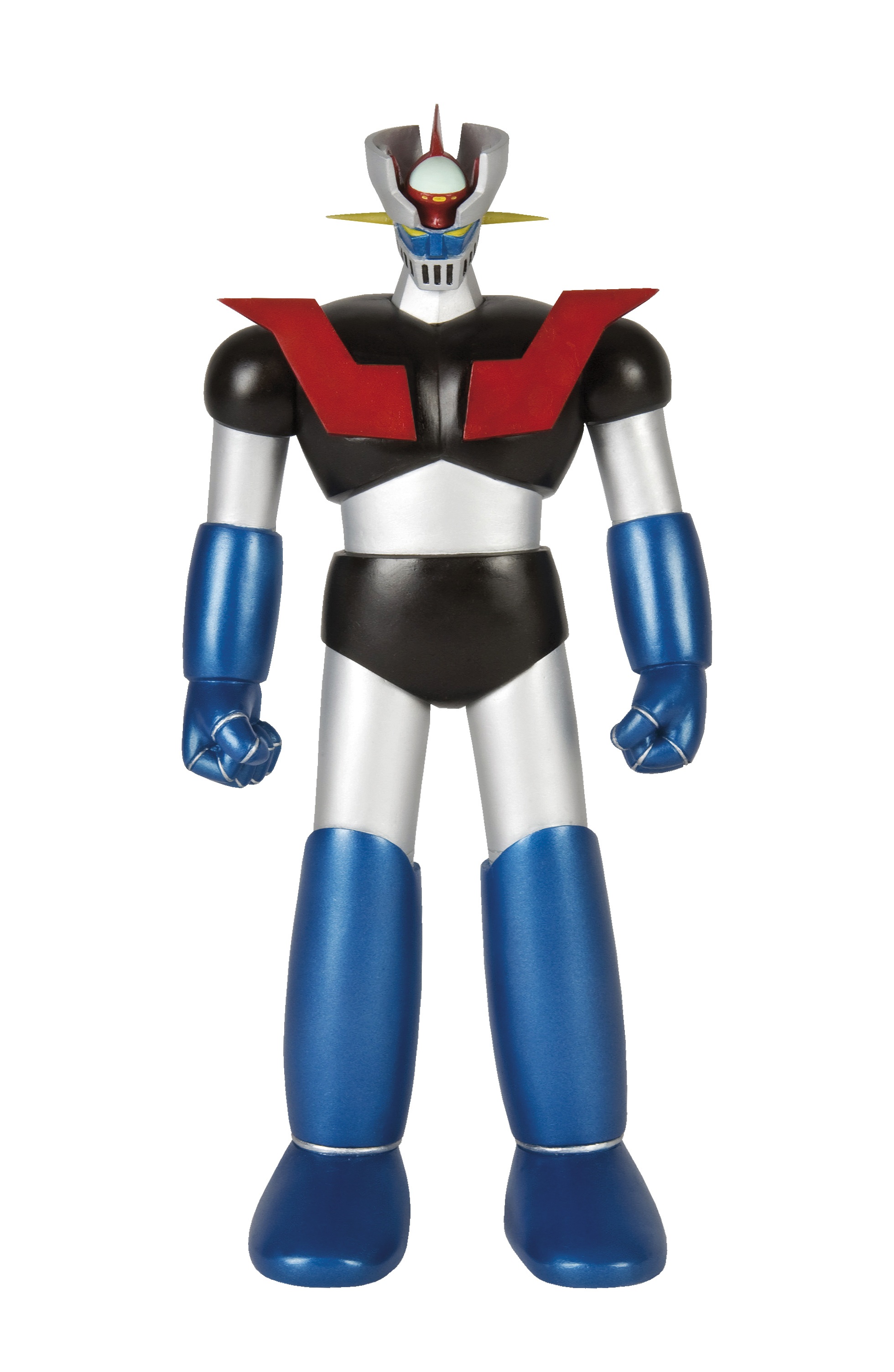