AMC’s The Walking Dead television series continues to be the most watched drama in basic cable history, shattering records with the release of each new season! Rick Grimes and his fellow survivors continue to seek refuge in a desolate and post-apocalyptic world and soon discover that there are greater forces to fear than just the walking dead.

Each action figure is highly articulated and features a remarkable likeness to the actor and comes with multiple accessories.

The Rick Grimes figure features him after the attack on Terminus and includes an assault rifle, pistol, and the red handled machete.

The Eugene Porter figure features him in Glenn’s full riot gear armor worn during their detour to Terminus and includes an assault rifle, backpack, and prop helmet.

The Bob Stookey figure features him before and after his leg was cannibalized and includes two machetes, removable vest, removable leg, amputated leg, and BBQ foot.

Hurry and get your TWD Series 8 Figures before the zombies do! Each figure is currently available at Entertainment Earth, where in-stock orders of $79 or more receive free shipping!

» View All The Walking Dead Merchandise 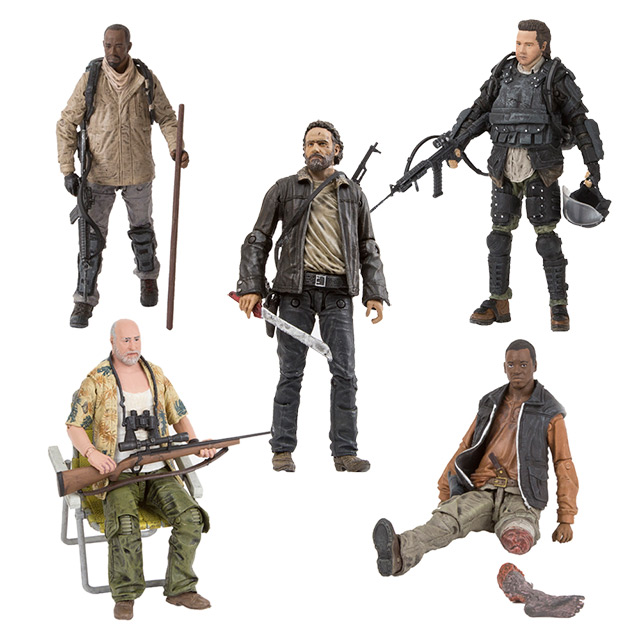