Protect Your District with These Action Figures! 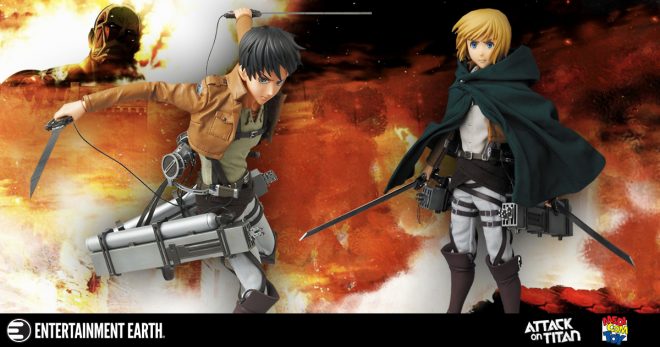 With the second season of Attack on Titan right around the corner, it’s a great time to grab these Eren and Armin Medicom action figures!

Both figures come with a colossal amount of accessories! Including interchangeable facial expressions, hair pieces, and hands. They also come with fabric cloaks for scouting and weapons to bring down those terrible Titans! They measure 12-inches tall and accurately replicate the character’s proportions and movements.

Order these figures now before they are off to reclaim territories lost to the Titans!

Check out the trailer below and make sure you don’t miss the premier on April 1st, 2017!