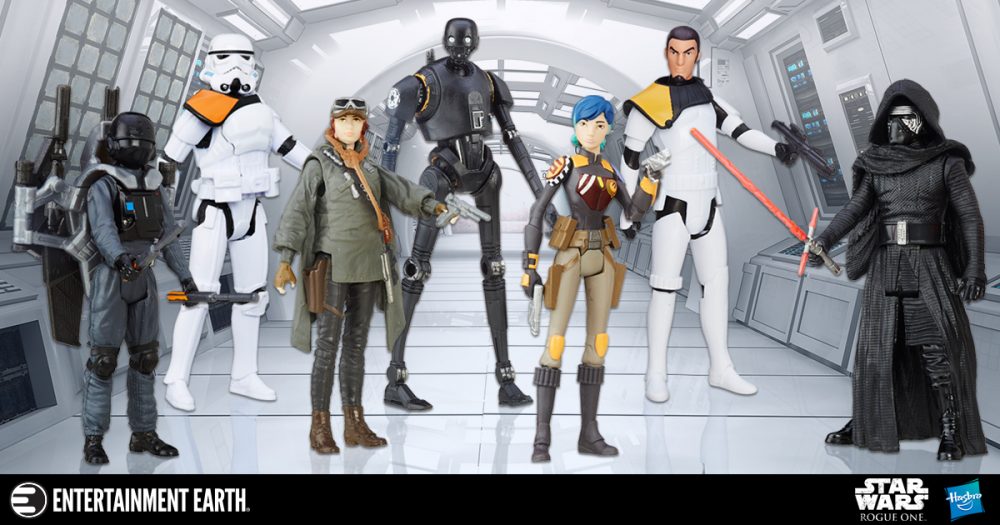 No Star Wars movie release is complete without action figures. (Well, I suppose that’s not technically true, since the original film did just fine in 1977 without them – but Kenner got that “Early Bird Certificate Package” into stores ASAP, didn’t they?)

Most of these figures feature five-point articulation, and all can be used with Hasbro’s Star Wars Studio FX App as stars in your very own mini-movies.

The case of figures features 12 individually packaged figures: two each of Jyn Erso, K-2SO, Imperial Ground Crew, Stormtrooper, and Kylo Ren; one each of Kanan and Sabine.

What figure from Hasbro’s 3 3/4-inch Rogue One figures impresses you the most? Cast your vote in the comments below!