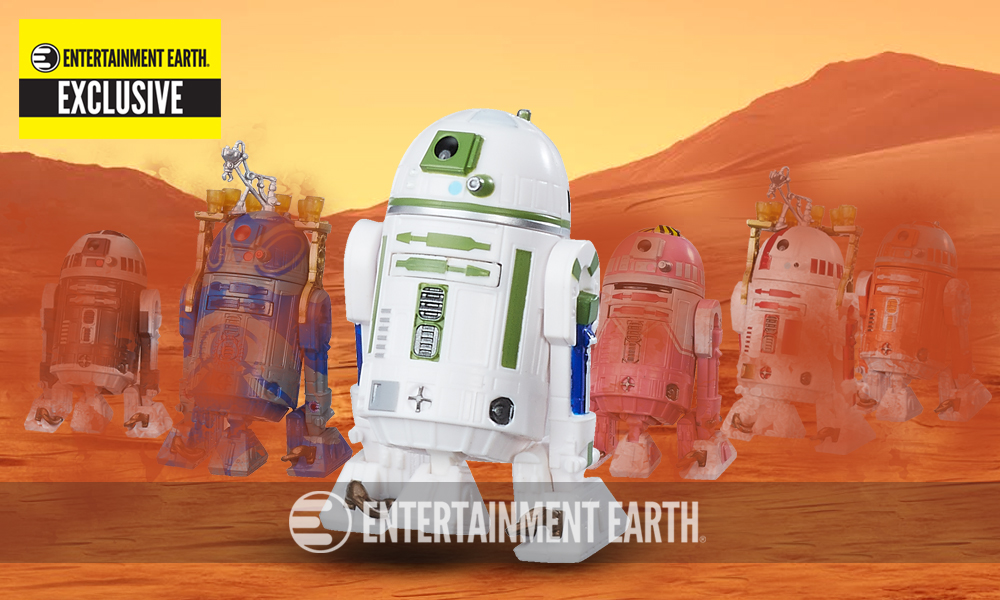 First seen in 1977, this green and white astromech was rolling around Mos Eisley getting into trouble near Luke’s landspeeder when the Sandtroopers and Stormtroopers indicated that they were looking for a couple of droids. While the Empire’s servants were easily convinced that R2-D2 and C-3PO weren’t the droids they were looking for, this R2-A5 is most definitely one of the droids you should be looking for. But you won’t find him in the 1997 Special Edition. That’s right, R2-A5 didn’t make the cut for the 20th anniversary, but you can pick up this lost piece of movie history today!

When it comes to enigmatic Star Wars characters they don’t come more obscure than R2-A5. Nicknamed Ayfive, this little droid was programmed for combat communications. He was used mainly to acquire targeting data for starfighters and gunnery systems. Ayfive, like other residents of Mos Eisley, is a tough-guy; ready for action and combat at the drop of a hat. The only thing that could get the best of Ayfive is a new technology, like a computer generated character being put over him during a movie re-release.

But the cutting room floor couldn’t hold him down forever. Back by popular demand, this remarkable R2-A5 action figure is part of this amazing Hasbro Star Wars The Black Series Astromech Droids 3 ¾-inch Action Figures Set, an Entertainment Earth Exclusive.

This droid (and all in this set) have an opening panel with a claw arm inside, a retractable sensorscope, and a retractable third leg. Hasbro has packaged all these stunning astromechs for the first time in an R2-D2 shaped box. You can order these exclusive collector’s pieces only from Entertainment Earth!