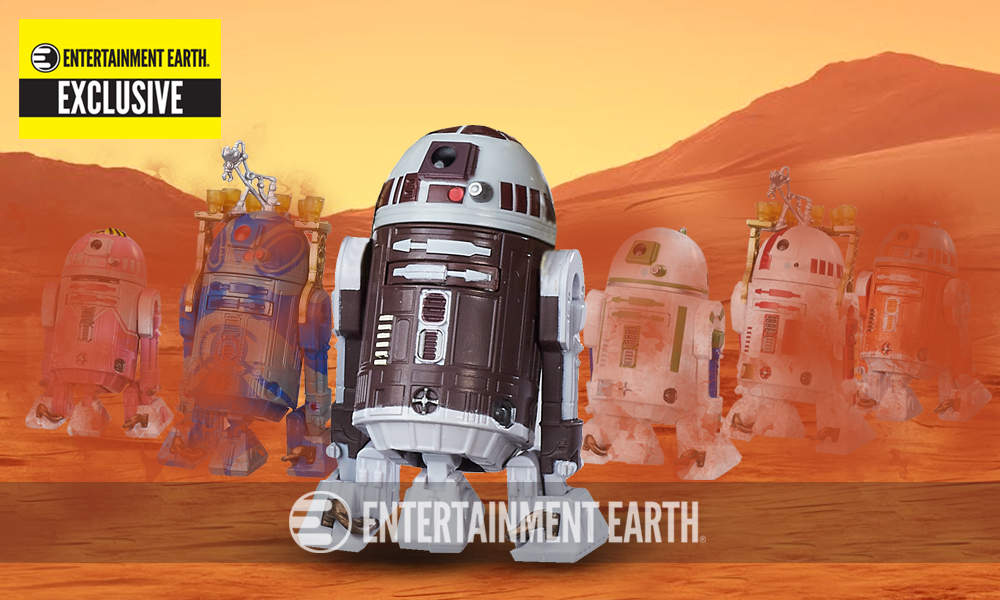 Seen in many episodes of Star Wars: The Clone Wars, astromech droid R7-D4 helps his Jedi owner Plo Koon through battle after battle in Plo’s Delta 7-B Starfighter. When things get rough and Plo Koon must wipe his little droid’s memory, he refuses to do it. The Jedi is far too worried about the prospect of R7-D4 losing his personality during the memory wipe than following protocol.

This new R7-D4 action figure comes in a pack of six astromech figures. This droid (and all in this set) have an opening panel with a claw arm inside, a retractable sensorscope, and a retractable third leg. Hasbro has packaged all these stunning astromechs for the first time in an R2-D2 shaped box. You can order these exclusive collector’s pieces only from Entertainment Earth!