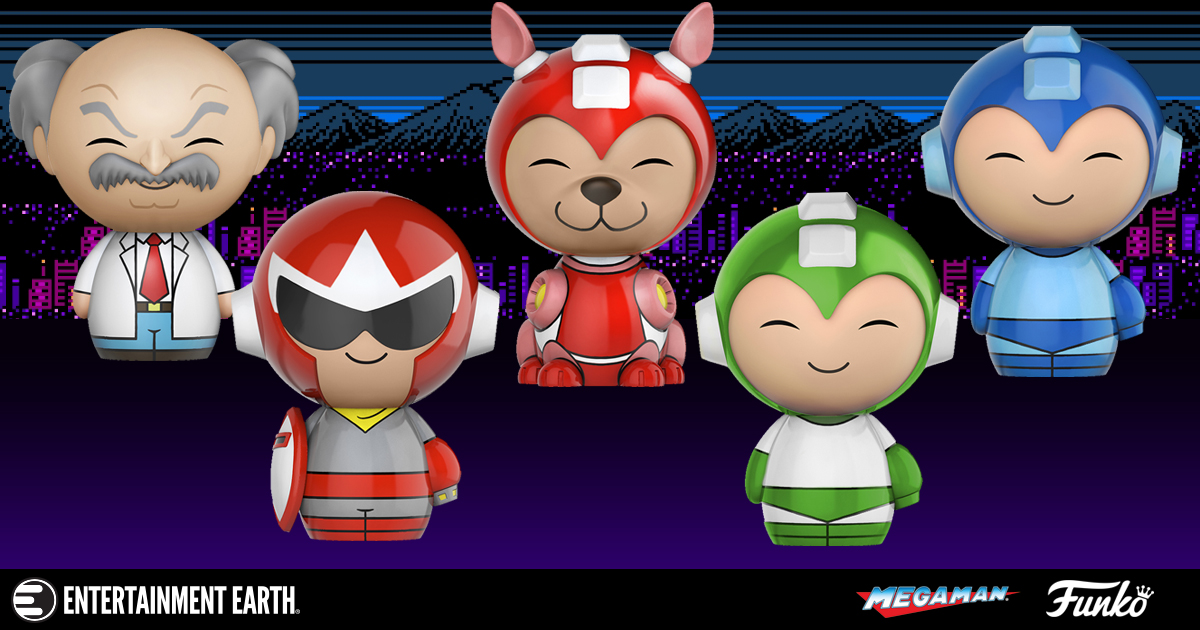 Mega Man is the protagonist of one of the most innovative – and occasionally, frustrating – video game franchises in the history of gaming. With his vow only to fight when the forces of evil pit machines against man, this Mega Man takes on all odds to protect the world. No matter what generation of system you’re into, you’ve probably come in contact with a Mega Man game or two, and chances are, you found it deeply addictive.

Now, Funko brings you a brand new way to enjoy Mega Man with the Funko Mega Man Dorbz Vinyl Figure. This figure brings all the enchanting artistic aesthetic of the well-known Dorbz line and applies it to the well-known hero. Yes, Mega Man looks absolutely adorable squashed down to a three-inch high model with a contented grin on his face. Coming in a double-window display box, you don’t need to unwrap him to enjoy him. Now, you should be warned that there are randomly distributed variants of Mega Man out there and you could get one of these exciting variations with each order.

You wouldn’t want Mega Man to be lonely, and neither does Funko. So they have also brought the evil Dr. Wily to life as Mega Man Dr. Wily Dorbz Vinyl Figure. This brilliant genius of a scientist applies his knowledge to advancing the tide of machines as they take on mankind. Evil or not, Dr. Wily and his smirk look equally adorable as a Dorbz Vinyl.

But Mega Man need not fight Dr. Wily alone! Funko has outfitted him with two allies, in the forms of the Mega Man Proto Man Dorbz Vinyl Figure and the Mega Man Rush Dorbz Vinyl Figures. These brave heroes team up with Mega Man to take on Wily and his wild creations. Each of these heroes look great as Dorbz figures, too. Each of these four figures is about three inches tall and come shipped in a double-sided window display box. They go perfectly with other Funko vinyl figures and they make any collection better. Fans of Mega Man and Funko will rejoice when these figures hit the market, but for now they’ll have to pre-order them at Entertainment Earth!