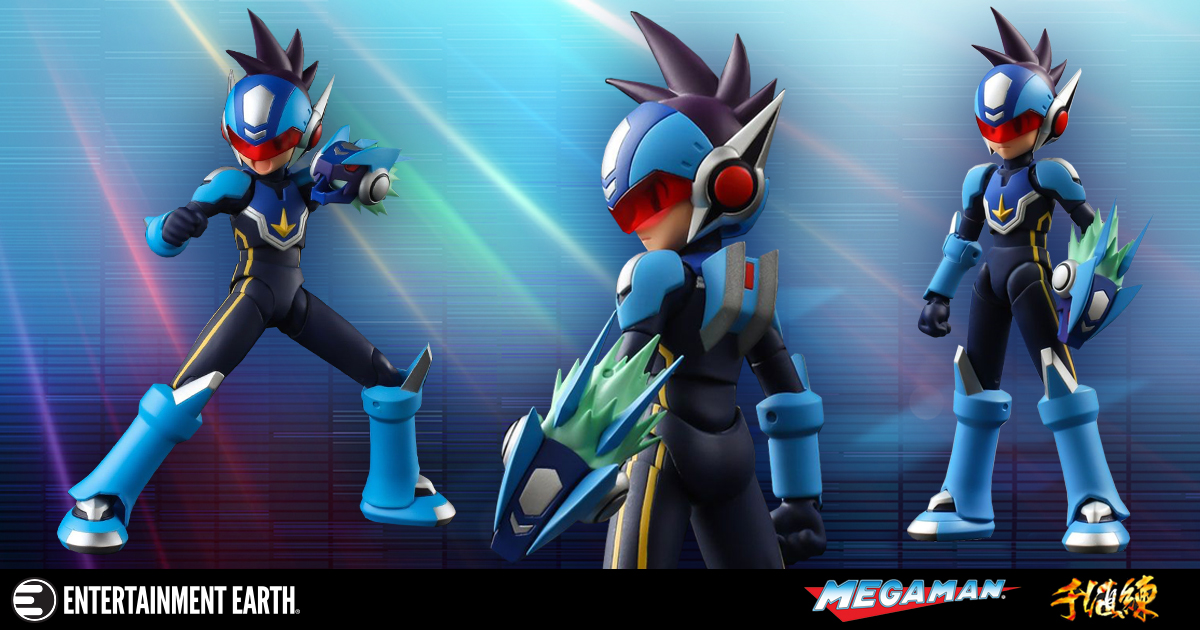 Mega Man Star Force (AKA Shooting Star Rockman in Japan) is a sub-franchise of Mega Man that was initially released for the Nintendo DS system in 2006. It takes place many years after the original Mega Man series and features futuristic designs of the characters. I mean… more futuristic designs. I guess robots are already pretty futuristic. The original game has three versions that were released and each version came with exclusive cards and transformations. The titles were Pegasus, Leo, and Dragon. Since the release of the game, there has been a manga, anime, a sequel, and now this rad Mega Man Star Force 4-Inch Nel Action Figure!

This action figure is an exact likeness to Mega Man in the Star Force games. It stands about 4-inches tall and comes with a clear visor, two interchangeable facial expressions, four optional hands, and effect pieces. It also comes with a clear base for optimal action poses!