We’ve Got the Scoop on Mezco Convention Exclusive Figures

Mezco Toyz has an exciting spring and summer coming up and we’ve got all the awesome scoop on exclusives for you!

First up is the Puerto Rico Comic Con Exclusive One:12 Collective Dark Knight Returns Batman Figure! From May 22 – 24, Mezco Toyz will be at booth #1301 at PRCC with this awesome exclusive figure of the famed Caped Crusader.

It’s a fully posable figure fashioned on a hyper articulated body with over 30 points of articulation. Batman is costumed in an exclusive dark blue and grey real fabric costume brandishing the black and yellow bat symbol as seen in Frank Miller’s The Dark Knight Returns. Limited to 300 pieces, it has tons of accessories including several pairs of hands, weapons, removable utility belts, and more! 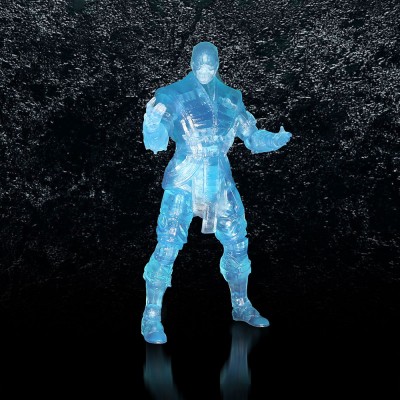 Fast forward to July 9 – 12 where Mezco will be at San Diego Comic Con at booth #3445 with three awesome exclusives!

From the highly popular series, it’s the Summer Exclusive Mortal Kombat X Ice Clone Sub Zero Figure. One of Sub Zero’s fiendish moves is the Ice Clone and this figure pays tribute to it.

Digitally sculpted to remain accurate to the details of the game, this limited edition version is cast in a unique translucent blue that replicates the ice blue effect seen in the game. At 6-inches tall, he has 23 points of articulation and several awesome accessories.

You better call this 6-inch figure of Saul, who comes in a window box designed after the character’s office. He also has a business card and bag of cash with him, as you’d expect.

Walter White is a chemistry teacher turned kingpin and now you can celebrate that transformation with this epic 12-inch figure. He even comes with a removable hat and glasses! His variant costume of blue shirt and black jacket can’t be found anywhere else.

Once these figures are gone, they’re gone forever, so don’t delay! We’re already so excited about them.