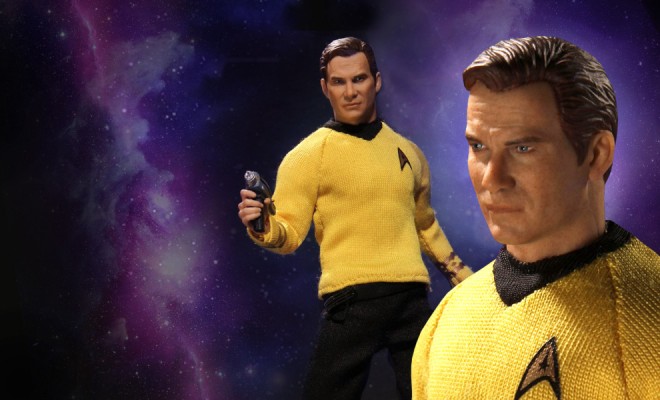 Even the Gorn would want this Star Trek Captain Kirk One:12 Collective Action Figure – there’s got to be a nice flat rock in the quarry where he could display it, right?

Digitally modeled, this figure’s likeness to original actor William Shatner is spot-on and includes both a typical, let’s-get-down-to-business expression and an interchangeable head with Kirk’s trademark smirk.

His series accurate uniform even includes those sweet black boots and gold-trimmed sleeves.

Standing 6 1/2-inches tall, Kirk has over 28 points of articulation so you can pose him in just the right dramatic stance to channel the full power of The Shat.

Also included are the following accessories:

Recommended for Academy cadets and lovely Orions ages 15 and up, this legendary Captain of the U.S.S. Enterprise will be available August 2016, so pre-order yours today!