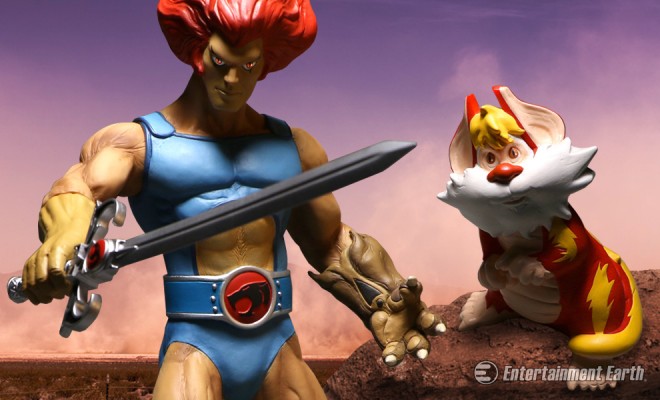 ThunderCats, Ho! The ThunderCats Lion-O and Snarf Mega Scale Action Figure 2-Pack is a must have for fans of the classic animated series!

Lion-O is superbly detailed, perfectly capturing the iconic look of the character as he appeared in the 80’s television series. He also comes with his impressive Claw Shield and a removable mystic Sword of Omens.

Snarf, the comedic yet fiercely loyal sidekick of the ThunderCats, stands a snarfing 5-inches tall, in scale with the rest of Mezco’s ThunderCats series.

This mega-scale figure measures about 14-inches tall and features 7 points of articulation. Lion-O and Snarf are packaged together in a collector friendly window box that allows them to be displayed while remaining Mint In Box.