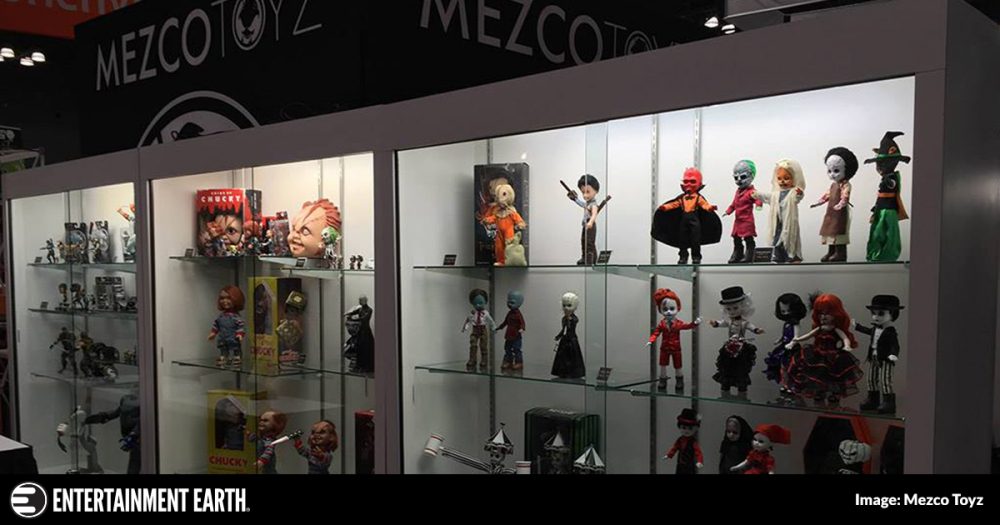 One of the standout companies at the recent New York Comic Con was, naturally, Mezco Toys. They premiered and featured many enthralling entries, showing off their unique contribution to the collecting world and their unique take on pop culture, in general. Among their collection was none other than the Entertainment Earth Exclusive crimson Pinhead Living Dead Doll.

Pinhead, the iconic villain from the Hellraiser film franchise comes to life in an unsettling new way through Mezco Toyz Living Dead Doll. With all the aesthetics of a classic China doll, the Living Dead Doll isn’t likely to be found in your grandma’s display case. This haunting apparition of a doll shows the character in fascinating detail with a face that even a mother would have trouble loving.

The Entertainment Earth Exclusive variant, the crimson Pinhead Doll turned heads at NYCC last week, making its mark on convention goers. With his fascinating array of hooks, blades, and chains, Pinhead is ready to get down to some serious business. The glorious red robes add a touch of horror to the already frightening doll, putting the final icing on the cake.