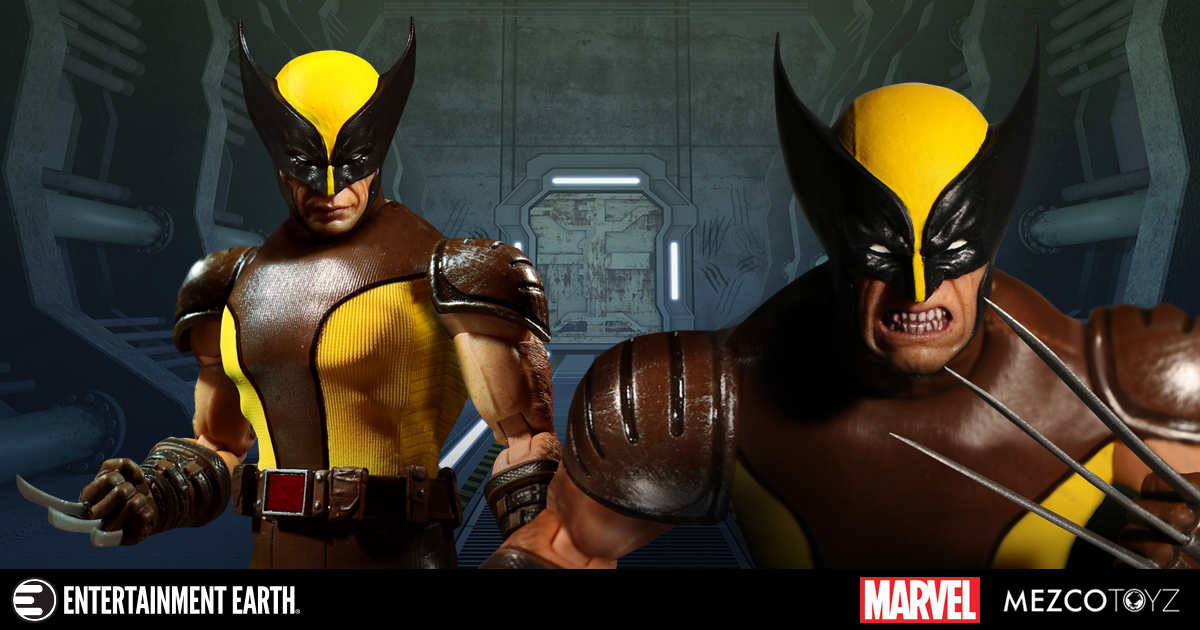 Everyone knows who Wolverine is by now. He’s the most recognizable X-Men aside from Professor X. He’s one of the most popular comic book characters ever created. His latest film is a huge success with critics and fans alike. We all know his story, we’ve seen the iconic costume and hairstyle. He heals quickly, his bones are infused with a nearly indestructible metal called Adamantium. He also suffers from some major anger management issues. Let us not forget the claws that emerge from his fists. In the comics his run has ended as he’s dead, but the Logan character is alive and well as the Old Man Logan from an alternate earth has arrived and is serving as a mentor to the all new Wolverine, Laura (aka X-23).

For those who love the vintage look of Wolverine. Not the blue and yellow X-Men look, but the brown and yellow and black look, this figure is for you! It’s beautifully detailed to show off the classic and forgotten style of Wolverine and includes his brown shorts that all superheroes wear outside of their pants. He comes with two different heads, a pair of claw fists, a sword holding right hand, a fist for the left hand, a pair of holding hands, his Muramasa blade katana, and of course a display base with the X-Men logo and adjustable display post. Wolvie also has 30 points of articulation for posing him in your display.

Don’t miss out on one of the must have collectibles for any collection. Pre-Order your Mezco Wolverine statue now!