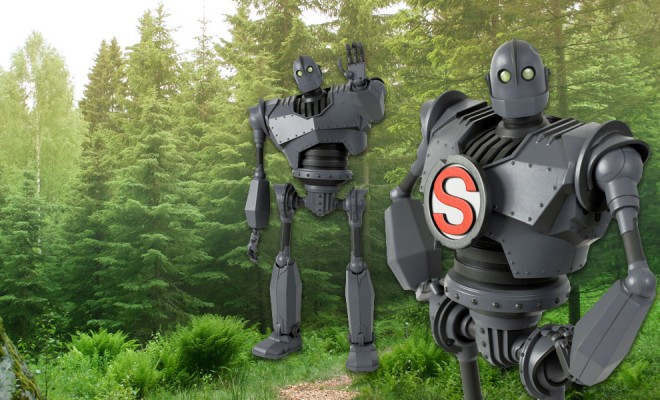 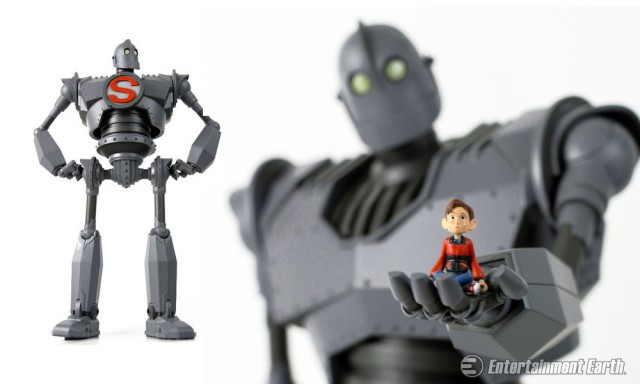 Rarely does an animated movie come along with as much character, class, and staying power as The Iron Giant. The film was directed by Brad Bird, who would later go on to helm many movies for Disney and Pixar, both animated and live-action. Disney and Pixar never would have given this young director the time of day, if it weren’t for the pure family entertainment that they saw in The Iron Giant. For Disney studios, it will always be the animated movie that got away.

Now is your chance to make sure that The Iron Giant doesn’t get away from you! This Iron Giant 16-Inch Talking Deluxe Action Figure is the stuff of dreams. Despite the fact that this robot is an iron giant, he hosts an impressive 30 points of articulation. But it doesn’t end there. There are interchangeable war-arms, and an interchangeable head that can light up red.

The pure physical attraction of this highly detailed figure will move you. This figure, standing over one foot high, weighs in at around five pounds. There’s an emotional depth to it, when you make the giant hold a Hogarth mini-figure. And, perhaps best of all, it comes with digital voice clips taken directly from the movie.

The Iron Giant is a modern classic by anyone’s standard. This figure is no less a modern classic and will certainly be the centerpiece of anyone’s collection. You can preorder this mind-blowing figure today at Entertainment Earth! 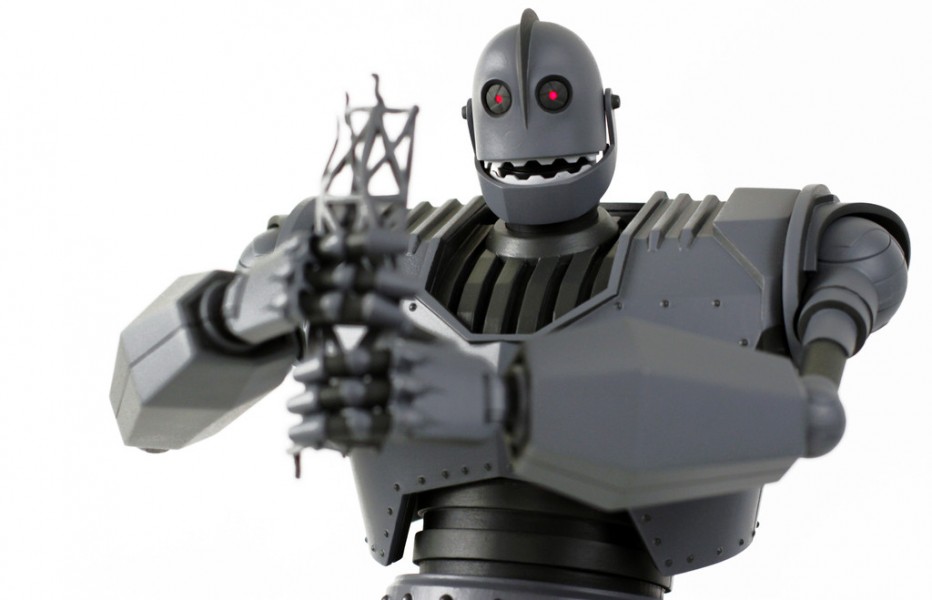 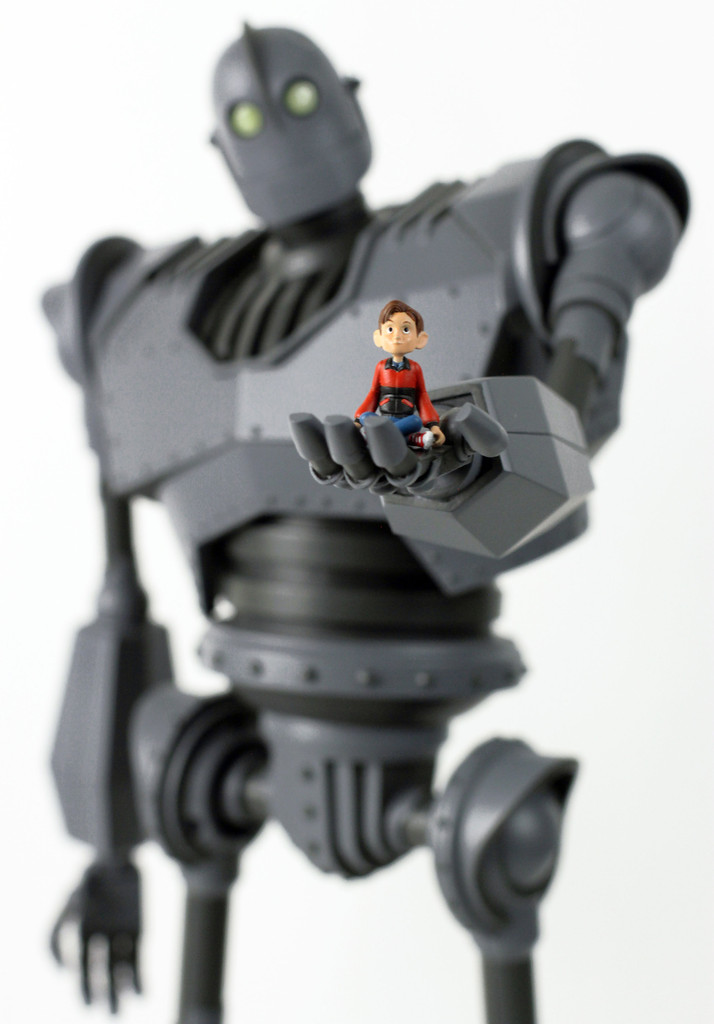