Malcolm Reynolds and Hoban Washburne Reunite on a New Spaceship

Are you ready for this, Browncoats? Malcolm and Wash are reuniting for a new show!

That’s right, Nathan Fillion and Alan Tudyk of Firefly fame are planning to star in another show together – and it sounds an awful lot like a riff of their own lives. 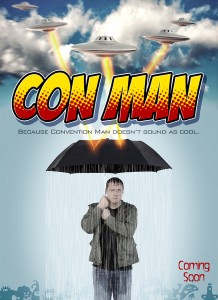 In an interview with Entertainment Weekly, Tudyk explains the concept:

“It’s about the convention world. My character, Wray Nerely, was on a science fiction show called Spectrum, that was canceled too soon, and now he goes to conventions, to sign head shots, and meet fans, and do panels. Nathan’s character, Jack Moore, who was the captain of the spaceship on Spectrum, has gone on to incredible action-hero stardom, like Matt Damon. My character is frustrated with his situation and frustrated by Jack’s stardom. We follow Wray’s story as he goes to the conventions and does video game voiceovers and we are going to populate it with sci-fi actors and people that you will find at conventions. Zany hi-jinks ensue!”

By “populating it with sci-fi actors,” he means Sean Maher and Gina Torres of Firefly as well as Amy Acker, Felicia Day, and Seth Green (who have all starred in Whedon productions over the years). This is all in the official press release for the show, by the way.

Tudyk says that while it’s not autobiographical, it is pulled from their real experiences.

While the Indiegogo page is only for three episodes, Tudyk – creator, director, writer, and star of the show – has written at least ten episodes and they hope to do more if everything goes well.

It’s not a return of Firefly and it’s unlikely that will happen any time soon (if ever), but, as Tudyk says: “this would be the quickest way to see us back on a spaceship. That’s the truth. It’s not going to be the Serenity. But it is a really cool spaceship!”

They’ve already met their goal of $425,000 but that doesn’t mean more won’t help! You can check out their Indiegogo page here and donate. There are 30 days left.

What do you think, Browncoats? Are you excited for Con Man? Let us know in the comments!