It’s Batman vs. Alien in This New Action Figure 2-Pack

This is truly a product I never knew I needed until now! Get your hands on the Batman vs Alien Action Figure 2-Pack.

The first release in the “Versus” line comes from the 1997 Batman/Aliens comic book mini-series co-published by DC Comics and Dark Horse. In the series, Batman faces strange new Aliens produced using DNA from some of Arkham Asylum’s deadliest inmates. Talk about a frightening combination!

The 2-pack includes two comic book based figures, both with over 30 points of articulation and stand about 7-inches tall. Batman features a fabric cape, and the “Joker” Alien has a bendable tail and comes packaged in a window box.

This is a fight you won’t want to miss! This must have 2-pack will be available in August 2017. Place your pre-orders with Entertainment Earth now! 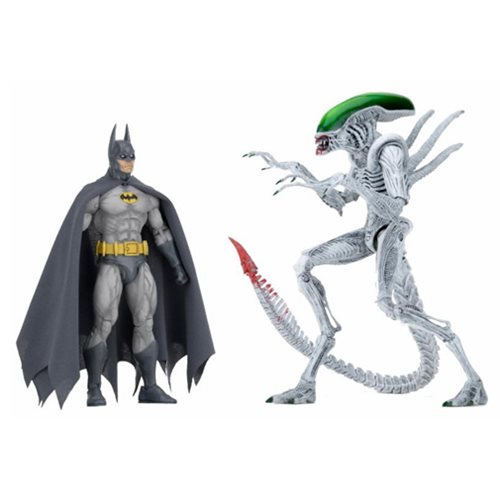